It was just another routine visit to the hospital for Amaka, who had been trying to conceive for a year now, since she got married. Some tests were being carried out to find out what could be causing the delay. She was supposed to have another test, when the lab technician noted offhandedly that she was using whitening cream and that might not be such a good idea, since she was trying to conceive.
Put off by the lab technician’s jumping to conclusions on her skin care routine, she nearly told her off and asked her to mind her business, until she remembered that you don’t disagree with the one with the needle, about to prick your skin to get a blood sample. No, you don’t do that! So instead, she merely nodded and hinted she would be talking to her doctor about it.

After all the required samples had been collected, Amaka left, and at the next appointment with her doctor, where the results from her last visit had come in, she asked if the fact that she was, indeed, using skin whitening products could affect her fertility.

Taken aback, it took the doctor a while to answer, but it was affirmative. Her skin care routine could impair her fertility and make it harder for her to get pregnant.When asked how long she had been using the said products, Amaka answered that it had been for five years. It was the only product that had helped to control her acne, and kept her fair skin in good condition, considering the Nigerian tropical weather.

The Doctor suggested running another test to determine the amount of the chemical from the product was in her blood stream. And they found five years worth of damage done.

It had affected her thyroid glands, leading to a case of hypothyroidism, a condition caused by the thyroid gland failing to produce enough hormones. The thyroid is the gland that signals the body to produce hormones impacting on several activities in the body, including reproductive ones.

Amaka now had an idea of what might be wrong with her, and her inability to conceive. The results of her other tests had not showed any major physiological issue that could have been stopping her from getting pregnant. In the end, it was discovered that her Prolactin level was also high, and her progesterone was way below the level it should have been.

The doctor added that a variation of the chemicals that were added to her whitening cream were also used in facial creams, eye shadows and dental floss. All of which, Amaka used. It’s called the PFCs (Perfluorinated Chemicals).

Amaka was asked to ditch her whitening cream, and other cosmetic products containing the chemical, so she could get her thyroid action under control. But she also had to undergo treatment by taking oral hormones, to get her to a balanced level.

According to research published in several medical journals, and conducted at both Harvard and UCLA, many of the ingredients found in common everyday skin and personal hygiene products contain high levels of PFCs. Anyone who has heard the term PFC know that these toxins can be dangerous to our health and well being, even causing cancer in many instances.

Coming in contact with these PFCs can, and does, cause a variety of infertility issues, the experts claimed. One study conducted by UCLA researcher Chunyuan Fei, and published online in Human Reproduction, states that women with higher-than-normal levels of PFCs have exhibited a 60-154% higher risk of infertility than those who do not.

Why are the inclusion PFCs so important, you may ask? They ease their absorption of these creams and lotions into the skin for effectiveness, but also sending these dangerous toxins straight to the cells and bloodstream where they can travel throughout the body’s systems, creating havoc wherever they go.

Now, not only women have to deal with PFCs, men also need to watch out for the skin creams, deodorants and sprays they use, which may contain the same high levels of PFC’s as women’s products. Like women, PFCs can affect their fertility by decreasing the volume, overall health and mobility of their sperm.

Asides PFCs, there are some other chemicals that are not good for a TTC mom. What are these, one might ask. A list of these will include:

Retinol:  It can thin the skin, enter the bloodstream and cause inflammation just to name a few. However, there are retinols that are more gentle strength but when TTC-ing and during pregnancy, the fewer the chemicals, the better.
Hydroquinone: 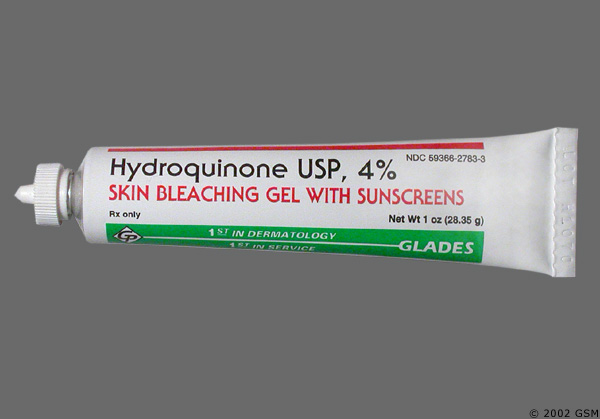 This is a tyrosinase inhibitor (think melanin blaster and lightener). Although, it is banned, there are still products out there in the market containing this chemical. Research is currently being done to decide how caustic this product is.  Some case studies have even shown the liver is never rid of this product. When someone is undergoing the IUI or IVF process, the amount of medication is already over-taxing the liver. No need to add more.

While great for some people, moms trying to conceive are advised to avoid them.  There are plenty of natural, chemical free ways to exfoliate the skin and great products that will regenerate collagen and reduce pigmentation. You just need to be more creative.
Have it at the back of your mind, the next time you go cosmetics shopping, to buy organic products. Better still, use natural products readily available in your fridge.
It is really not that hard to do, as Amaka found out. Instead of her whitening cream, coconut oil sufficed. She used Brown sugar mixed with honey and olive oil to exfoliate, and at the same time moisturize her face. Sometimes, keeping things simple is best for us, and our fertility.

Baby dust to you all!