The words rang in her soul. She sought escape, but none was forthcoming. Everywhere she turned, she was hemmed in. The voices kept coming at her. Even with her hands covering her ears, Lola was still bombarded with the echoes of the voices, telling her, “You should be grateful you are pregnant.” It was a dream.

As she woke up covered in her own sweat, with her bed sheet trashed around her, and her husband trying to comfort her, Lola realised that her sub-conscious had finally sought and gained her attention. But still, like a typical Nigerian, tongue talking Christian, she started to pray; binding and casting all the spirits and powers that would not allow her enjoy her sleep and, even more obviously, her pregnancy.

It was a serious matter, but she knew in her mind that she was afraid to sleep. Perhaps those voices would come again, to tell she should be grateful she was pregnant.

You see, getting pregnant was one of the favourite past times of Lola…literally. She never liked using any protection with her steady boyfriends, and never bothered with any morning after birth control either. So, often times, she was pregnant.
And she kept on aborting them, without giving a thought to the damage she was doing to herself, emotionally and physically, or the lives of the babies she was wasting. It was normal to see her looking radiant and full of life one week, and the next she would looking pale and sneaking around her University campus. Of course, those who were in the know, knew exactly, what was happening, or had happened.

Life went on, until she met the man she married. Nothing changed. She got pregnant easily, but because they were not ready for a baby, she aborted it as well. Let me re-phrase that, Lola had determined that she was not ready to have a baby yet, and had gone ahead to abort the baby without telling her husband.

Her husband did not know anything was amiss. He just felt they were just not hitting the baby jackpot yet. When it was a year after their marriage, he asked her if there was any reason why they were not pregnant yet.

Ladies, you needed to see the surprise on Lola’s face. She said he had not told her he was ready to have a baby. “But Babe, isn’t that a given? Of course I want a baby! What makes you think that I don’t want a baby?” was her husband’s response. At this stage of the story, I was almost tempted to think that Lola needed psychological help more than anything. Why would a married woman terminate a pregnancy, without bothering to tell her husband? Why?

It was settled. They agreed to have a baby. And Lola got pregnant easily again, as was the case with her. However, it was complaints galore. Everything hurt, and everything was a problem! Every day of her pregnancy, from the early stages to the second trimester, she complained about everything, the morning sickness, the light swelling of her feet, the cravings and the fact that her husband was not fast enough in getting her what she wanted…as, after all, he was the reason, she was in this condition.

She complained about imaginary backaches, she complained about the antenatal classes, the doctor, everything! She changed hospitals twice before her second trimester. She weighed herself every morning, and every time the numbers crept up, she became depressed and lashed out at people around her. She would look at her gradually expanding waistline and think, “There goes my flat stomach, and welcome dreaded stretch marks.”

All of her complaints would not have mattered, except she made sure to tell anyone who cared to listen to her the fact that pregnancy was a chore for her. Her family heard it, her husband’s family heard how much torture she was putting herself through to produce another generation for them.

This was a family where she was the first wife, of three brothers, to get pregnant. All the older brothers had gotten married before she came into the family, and they were not yet pregnant, and there she was, pregnant and rubbing their faces in it with her numerous complaints. 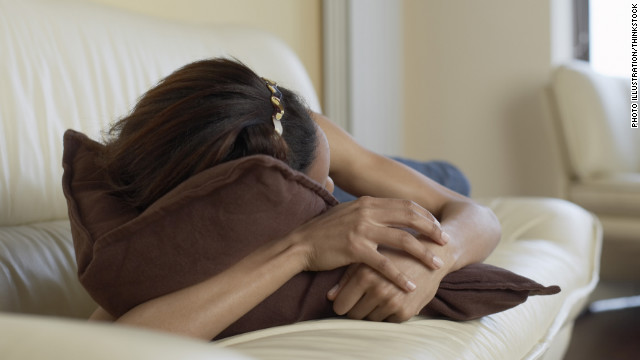 Until, that night when she had that dream, when her mind laid out the reality of her life to her; she who had aborted more pregnancies than she could count, now having the moral right to complain about the twinges of pregnancy, when she should ordinarily be grateful that she had no challenges with getting pregnant, when she wanted to.

After her binding and casting session, she calmed down and accepted the fact that had refused to be kept hidden again. She had wronged herself, more times than she could count. She had the blood of innocent babies on her hand, she had wronged her husband for ending the life of their baby, without telling him, working on the assumption that they were on the same page.
She admitted that she had been insufferable and inconsiderate of other people’s feelings; blabbing to anyone who cared, and not giving any thought to the feelings of her fellow wives, who had been longer in the house, but yet, were still in the waiting room.

Lola prayed for forgiveness afterwards. She looked for a way to reach out to her Creator, to make peace with her shattered soul, a soul that had been bent on living life on its term, regardless of consequences.

That was the story of Lola, which she told at the annual women’s camp meeting of a popular church, in a bid to explain how annoying it is, to always have complaints, instead of being grateful for God’s blessings, which we don’t really deserve.

Ladies, not all of us will have such dramatic confrontation with the truths in our lives, as Lola did, but it helps a lot that we do not take God’s gifts and blessings for granted. Yes, the doubts would come, especially for a TTC mom, but in the end, we can be sure we have got God in our corner. Isn’t that comforting?

Baby dust for the journey ladies.