This post is going to be raw, it’s going to evoke some emotions in you, it is not for the weak of hearts but we can’t keep silent anymore so read at your own risk of an emotional breakdown.

I don’t think that most people understand me when I say that my daughter was stillborn. I think they imagine a clean, simple procedure where baby dies and is somehow removed from mother’s body and then the healing can begin. Simple, clean and nice. In a few weeks, they expect you to be back in a good place, as though nothing happened and they still don’t get why you can’t stop crying months after “the event”.

I know firsthand that, that is not what a stillbirth is.

It is something that you are forced to be a part of even if you don’t want to.

From the moment the doctor or midwife tells you that there is no heartbeat, you become part of the process. It is your duty to push out the already dead baby. To bring to an end the stillbirth process in a procedure that should have brought life instead.

When we lose loved ones to death, we often watch the procedure from the sidelines. Sometimes, we are forced to be a third party to the person’s pain and suffering by being care givers, but only the person feels his own pain. When I tell you my daughter was born still, I mean, I am the person who felt every pain. I felt the emotional pain of knowing that my expectation of bringing life to this world has been cut short and there is nothing I or anyone else can do about that. I felt the physical pain of enduring labour. Yes, I felt every contraction knowing that I am not bringing life into this world but enduring an end procedure. I felt the pain of bleeding post-partum for 6 weeks when there was no baby for me to look at and convince myself that it is worth it. And worst of all, I felt the pain of having my milk come in with no baby to feed. I felt the pain of watching my body try to provide for a baby who was no longer on this side of the earth.

So you see, still birth is not something that just happened to my baby, I did not get the luxury of watching or helping from the sidelines. It happened to me. I was an unwilling but active participant.

Nobody tells you this unless you have lived it. Maybe, that is why people expect you to stop grieving after two weeks. After all, you only lost a baby, not your life. What they will never understand is that, it happened to you in a way you would not have wanted it to

I will move on- one day. But till that day, tell me, how long you think is long enough for me to grieve my daughter knowing all that my body had to endure? 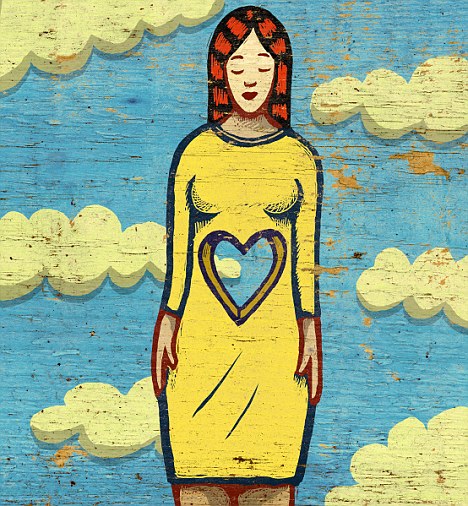 What do you even mean by move on? Have you moved on from the loved one you lost?

Ok, now ask yourself: What if you have been waiting for a life time to meet that loved one? What if you had endured months waiting to meet that special person for the first time? Months of sleepless nights, throwing up, and body aches just to meet that person. Then by some sick twist of fate, you are told that you will finally meet that person but before you do, you have to help bring an end to the person’s life because the person is no longer breathing. How long will it take you to heal or move on?

Still birth is not just an event. It is a series of losses. First, your baby dies, before you can finish processing that, you give birth . . . to your already dead baby.

It is not something that just happens, it is something you are a part of and that scars you for life.

It’s been seven months since I delivered my daughter’s already dead body, and I am nowhere near moving on. I still break down into tears at the most random of moments. I still scribble what would have been her name on sheets of paper. It still haunts me every night.

Stillbirth is nasty. Not just because you brought a loved one’s dead body to this world but because of the way it changes you.

So, when you next hear me say, my daughter was born still. Know that, I did not just lose a child or even what would have been. I am describing a scene from a horror movie where I took part in every scene and I still live in the silent echoes of its aftermath.

Naa Kaay is a Ghanaian writer, who has been blogging for years, but recently started blogging about issues closer to her heart. Her blog mantra is ‘Holding on to faith, Meditating on the WORD, and reaching for the rainbow after the storm!’ (http://www.herecomesrainbow.blogspot.com)