“A strong woman knows she has strength enough for the journey, but a woman of strength knows it is in the journey, where she will become strong” – Unknown

In life, we all have to hold on to something to continue to strive towards that goal, that desire, not to just give up and give in. More so, for a trying to conceive mom, who just has to find hope and strength from somewhere, to move on in her fertility treatment journey. While the dream of a baby is enough to ‘ginger’ a woman to do anything and give everything, there are moments when it all goes downhill, and even that mom wonders if she is right to be doing so much, just to get pregnant.

At those times, where does strength come from? What gives them hope? What propels them to go see the doctor again? After a failed cycle, after a miscarriage, after yet another ectopic pregnancy, after another still birth? What gives? Three women were kind enough to share what gives them hope, in the hope that some other TTC mom will draw strength until motherhood comes to us all.

Looking back on her journey, Sandra said, it was the moment when her husband suggested they go the adoption route to become parents, that she saw light and grabbed it with both hands.

Her husband had mentioned adoption after yet another miscarriage, and six years of maybes, six years of miscarriages, one following the other. He had seen her down and out, and he had no more idea of what to do to make his wife feel just a tiny bit of happiness. But he knew he was done with all the fertility doctors.

And he had said the first thing that came to his mind, adoption. They could adopt a baby, after all, there were so many babies around who needed parents. At that moment, the idea of adoption looked beautiful, it was a ray of sunshine in their infertility-darkened world.

Later, they thought about what their extended family would say; “So, you are going to adopt a child, that you do not know from anywhere, and that child will bear your name and can inherit you?” “Have you not heard that such children eventually go searching for their biological parents?” “So, because, you cannot have a baby, you want to make someone else’s child yours?” And they imagined the various proverbs, idioms and phrases that would be used to buttress their point, but they were at the point of no return.

The day after Sandra’s husband suggested adoption and she accepted, they started making moves; government offices, orphanages, far and near. They got in touch with them, and even had trusted friends and family help them get information from these places.

They filled all the paper work after paper work, they got calls to come physical screening…everything they had to do, they did! It ended in praise, because one year and two months after they started the adoption process, they got a call to come pick up their daughter from the orphanage. She was a new born too. Birthed by a teenage girl, who did not want to keep her.
That was the best miracle that could happen to them. A new born baby…after all the other times they had been disappointed. No one else got there before them. The baby was theirs and they took her home. The word adoption was her hope, and thankfully, it came through for her. 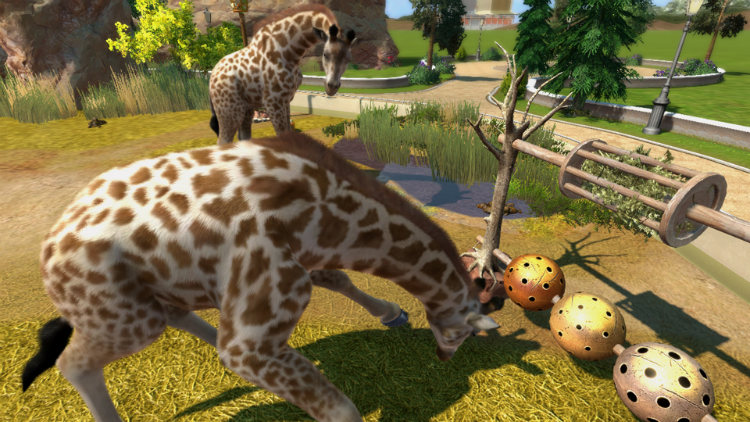 Another TTC mom, Teju took to going to the zoo. At those time, she felt like just throwing in the towel, she would take herself to the zoo inside the University of Ibadan, and she would stroll past all the cages of the animals, especially the ones in the outdoors. She would look at the chimps, the giant turtle, the different kinds of monkeys, and when there was a new born amongst them, she would stay glued to the spot, watching the antics of the animals.

They were a powerful reminder for her that God, who was able to make these animals produce young ones of their kind, was more than able to do the same for her. They reminded her of God’s awesome power and capabilities. She would think, if God could do it for animals, how much more she, a woman created in His own image.

When, she had a particularly heart wrenching still birth and she had insisted on going to the zoo, her husband had looked at her as though she was out of her mind. She helped him out, “I know, I’m sounding crazy, but that place helps to reset my button.” They both went to the zoo that day, and she went on to have her usual chats with the animals, telling them about the baby she had lost yet again.

Her husband was shocked at her behaviour; his wife talking to animals and that the monkeys were listening was a wonder for him too. However, when they left that evening, he found there was a spring in his wife’s step. She was ready to take on the world.

For Elizabeth, she found her hope by chance. It was something that had been a part of her married life, for as long as she could remember. Her husband liked comedy. He attended shows, he bought CDs, his leisure times were always filled with laughter.

And for a long time, Elizabeth, did not bother with the miracle cure right under her nose, until the day her husband was out of town, and she had just gotten back from the hospital, where she had gotten the report of the scan, which showed that her follicles were not improving in their count from the last time. She wondered if she was going to have any eggs for retrieval. She felt down and her live-in comedian was no around to cheer her up, instead, he told her to take herself out and go enjoy some ice cream. Typical man’s idea.

She didn’t, instead she found an old comedy CD, a chilled glass of juice, and went ahead to forget her pain and sorrow. After that day, she found that every time she laughed away her sorry, she was somehow re-invigorated for the next phase of treatment. For Elizabeth, forgetting for a while is the way to go.

These are women, some of whom already have a happy ending, such as the zoo lover mom, as she is now mom to two boys, who, of course, she takes to the zoo, if for nothing, but to see the monkeys.

And Elizabeth is still expectant, even as she’s armed with her mobile comedy for when it becomes overwhelming, when you least expect it.
So, what’s the source of your hope? Drop a comment, it just might be what another TTC mom needs.

Remember, you will find strength in your journey.