Having a boyfriend cheat on you is rough…for a fiancé, it’s even harder…but when it’s your husband…that’s a different kettle of fish. The pain and devastation that arises when your husband breaks the vows he made to you, by having an affair (physical and/or emotional) with another woman, is one of the most devastating and crushing things a woman can go through. And if the couple is still trying to conceive (TTC) their first child, that is adding hot pepper to the open, seeping wound.

Trying to conceive a child is hard enough. The timing, the stress, the disappointment, and the pressure can be quite a lot for any couple to bear. But as stressful as this is, knowing you are doing it as a team can be all the couple needs to continue forging along. The stress and heartbreak can serve to even bond them even more, as they are as vulnerable to each other as they could ever be. Together, they have hit rock bottom, and they continue to help each other up as they to strive towards that :bfp:. But when infidelity inserts its ugly head, it all comes crashing down. It is an even deeper stab wound, with an even more crushing feeling of betrayal.

I know a lot of women who have been in this situation. My friend, Agatha*, was still recovering from yet another laparoscopy when she got a call from a woman, claiming to have accompanied her husband on a recent trip out of town. She went into enough explicit detail, for my friend to know she was probably saying the truth. Her heart sank as she listened to this woman rave and rant, and when she finally found her voice, the first thing she could bring herself to ask was “Are you pregnant?”, and was almost sick with relief when the woman told her she wasn’t. By the time her husband got home, Agatha had packed all his things in boxes, in an absolute rage. Bode* wept, and cried, and begged. She eventually let him stay, but moved out of their room. For the next few weeks, any time she remembered, she would lash out at him like a wounded animal. She told me how she emptied a bucket of water on him as he slept, smashed to pieces his expensive phone, scratched him till she inflicted deep marks on his arm, and constantly hurled verbal abuse at him. But he took it all with contrition, pleading with her it would never repeat itself. His excuse was that the TTC pressure had gotten the better of him. After months counselling, they were finally on the mend, and were able to put the incident behind them.

But this is not how it ends for a number of other women. Another friend of mine, Lola* didn’t get a phone call from a mistress, but watched as her husband, Val*, grew more and more distant. His nights got later, and his enthusiasm for their TTC quest grew weaker and weaker. In fact, getting him to cooperate for baby making became close to impossible. A reluctant search through his phone revealed to her what she had suspected all along. There was another woman. She confronted him with this information, and wondered if she could ever forgive him. The only thing is that he didn’t want her forgiveness, in fact he seemed almost relieved that she had found out. “But what did you expect?!” she told me was his response. “I am almost 40! Do you want me to go to my grave without a child??!”. Luckily, the said mistress wasn’t pregnant, and Val’s staunch Catholic family would not have that kind of disgraceful behaviour from their son. Unfortunately, however, the harm had already been done, and their relationship was irretrievably broken. Lola found it impossible to get over the betrayal, and no longer saw Val as the man she would want to father her children, when they eventually came. They are now separated.

My first cousin found herself in a similar situation. Her formerly loving and attentive husband, who treated her like the apple of his eye, turned into a hostile stranger, after 7 years of TTC. He latched on to every, and any, opportunity to attack her for their situation, and called her all sorts of ugly names. The irony of it all was that she was the one who already had a child from a previous relationship. After a while, her husband proceeded to start “looking outside”. Without any recourse to her feelings or dignity, he proceeded to recklessly pursue other women. He dated their neighbours, and even some of her acquaintances. He left condoms littered around the house, and had loud, flirtatious phone conversations, even when she was within earshot. One morning, she woke up and he was gone. Just like that. He had packed his things and left the house. That was the unceremonious end to what had been a wonderful marriage.

Ify* had had a tumultuous short-lived first marriage, which ended because of her former husband’s inclination to violence and wife-battery, which had made her miscarry 2 pregnancies. Two years later, she married Kola*, and everyone was so happy that she had finally met the love of her life. One year turned to two, and then three, but they were not able to conceive. After a few IVF cycles, Kola’s grumbles, which started as small murmurings but had now become diatribes, were what she fell asleep listening to, and woke up hearing. He grumbled relentlessly about how much they had spent on these cycles, and how he didn’t sign up for this. Soon, he was back in the arms of his ex-girlfriend, leaving Ify no option but to move out.

In some of these cases, even the families join in the fun. I was told the story of a lady called Irene*, who found out that her husband had impregnated another woman. She stormed off to her report him to her Parents-in-law…and got the shock of her life. Not only where they well aware of the other woman, they were in full support of the pregnancy, and told her in clear terms that she should either take it or leave it. Well, she decided to take it, and is now forced to play host to the baby mama, when she visits with her toddler son.

Why then does this happen? Why are some men more prone to stray when they are on the TTC train. Some of the most common excuses I have heard is that the process is too stressful, their wives have changed, sex has become routine and uninteresting, or, and this is the worst one, because they want to have kids, with or without this barren woman! For me, not only are these extremely selfish answers, none of these is a justified reason to break the heart of this woman you are supposed to love so much. Whilst there is some truth to the fact that TTC does put considerable strain on a marriage, anyone who is not strong enough to work through this added pressure or strain, has no reason even TTC’ing in the first place, or striving to be a parent. If the slightest indication of pressure makes your partnerÂ opt for an easy way out and run for the hills, then you mightÂ be well better off without this person.

Another thing that really grates on my skin, is society’s penchant to immediately forgive these erring men, especially if their wives have not given them children yet. In fact, not only does it become an acceptable excuse, accusing fingers start to point at the wife…the poor woman who is still learning how to work her way through this mess, now has to deal with people blaming her for her husband’s infidelity. And woe betide the woman if she has a hint of a career. The story transforms into a case of how she was too busy to give her husband a baby, and how it serves her right. Case in point is the recent story involving the marriage breakdown of Toke Makinwa & Maje Ayida. Another example is the Jennifer Aniston & Brad Pitt divorce. In both cases, Toke and Jennifer were accused of putting career over family, and being too ambitious. Nobody knows if, and how long, these women might have been trying for a baby themselves. People think they know the whole story…but they really don’t.

The good news is that not all men are as callous as this. I, for one, have been extremely lucky, and blessed, with a wonderful man…who has stood by me through thick and thin. Rather than give me additional stress when we were TTC, he helped me relieve it. And I know there are a number of other wonderful men who will not step out of line from their position as your number 1 support and the person you can most rely on. Be it 1, 10, or 100 years of TTC, a good man will always stand by his woman! 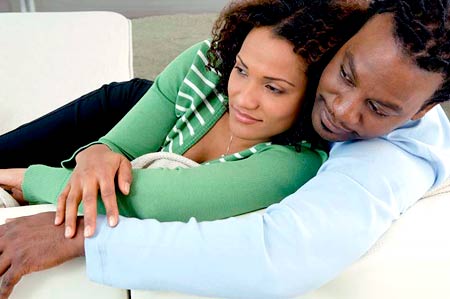 Good luck, and baby dust to all!

Dealing With Infertility, While Helping Others Conceive!

Dealing With Infertility, While Helping Others Conceive!

TTC: “It’s either our Biological Children, or No Deal”