Worry seems to be an unavoidable part of motherhood, with parents, and moms especially, worry about a lot of things as they relate to their children’s wellbeing. We worry about what they eat, the friends they keep, whether they are doing well in school, or having challenges. We worry about their sleeping posture; if it might lead to a stiff neck or an aching wrist the next morning, and guess who has to massage it well? Of course, it’s Mom.
We worry a lot, even when it does us no good…and we know it. It can’t be helped.

Apart from the ultrasound scan worries, like making sure the baby(ies) has/have ten fingers and toes, a nose and mouth opening, you will be met with other worries, and if you were like me, you can worry about the gender of your baby, not because you are vain like that, but especially if it is not known when you have your prenatal scans.

You will worry and your imagination will go haywire with sex reconstruction surgery, hormonal tests to determine baby’s sex, when you get a scan report which tells you your second twin’s sex is undefined. Ah! Medical legalese can kill at times.

However on this motherhood journey, you will find that there are some unexpected things that you will also worry about. When baby comes, you will be amazed at the things which will make you worry about your baby. And if you are a real worrywart, then be prepared to spend time in the waiting rooms of your hospital. Below are some of the things which Moms did not expect to worry about…but end up doing so.

1. Whether baby pooed, and what colour it was

Honestly, I cannot tell you the number of soiled diapers I have studied in my life. In the early days, I would monitor the quantity of poo, worry if it was too often, or too far apart, and also its consistency and colour . SMH!

I’m one of those moms that took her baby the hospital because he was not pooing, and I was thoroughly laughed at by an older nurse, before she suggested that I try a few drops of fresh orange juice. It worked. After the examination, which I insisted on, the doctor did not find anything wrong with him, and had just told me to come back in another two days, if he still did not do his business. Thankfully, we did not have to go back.

2. How long should I burp baby?

Now, that I’m writing about, it feels weird that I did all that, but you know what? I never put my babies down after feeding them, until they had burped. I was always, always, afraid that if I put them down without burping them, they would regurgitate, and that would, in turn, block their nostrils. Often, I ended up putting one over my shoulder, and another on my knees, tummy facing down, rubbing their back at intervals for close to 15-20 minutes, before I heard that unmistakable sound of a belch, and then I would let them lie down.

It’s a habit that has stayed with me though. I feed a baby, I burp it. I always do. Well, this was a worry that was quickly resolved for me. My first babies were preemies, so no one mentioned anything about backing them, until they were overdue sef. It was after my son was circumcised when he was three months old (the pediatrician advised we wait until his weight had improved, before circumcising him) and I was ill and in the hospital. To soothe his discomfort, my mom started to back him and his sister.
But, there are moms, who put their babies on their back, and even carry them in a wearable baby sling, as soon as they are born. That’ their style.

4. Should I ask people to wash their hands before carrying baby

I did not have this worry, but I have been asked nicely not to hold a baby, or not touch a baby’s hands before. It’s one of the reasons I don’t rush to carry someone else’s baby. While I can understand the risk of transferring bacteria and the like to the child, by carrying them, or holding their hands, I always feel offended. So, I don’t. But the truth is that all moms worry that their kids would pick up something from somewhere, and they would have to deal with it. And if there are other kids around, it’s so easy to pass along. And with twins, it’s very easy to pass germs along, as they are always holding hands, even as babies.

With my twins, while I did not worry, I regularly swabbed their hands with antibacterial wipes, just in case. Now, don’t ask me about anti-viruses and other germs wipes. God protected them…that’s all.

5. I worried that someone would sit on my daughter by mistake 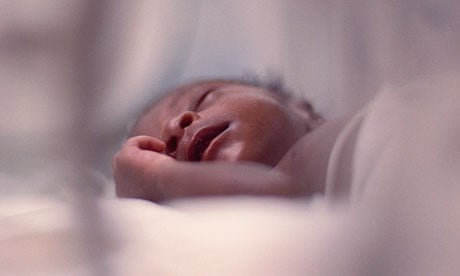 I guess everyone who has ever given birth to a very small baby would understand what I’m talking about. Compared to her brother, my last daughter was very small. Her birth weight was 2.1kg, and on the other hand, her brother was a big boy coming in at 2.9kg. The difference was pretty clear.

Every time, I put them on my bed, I was always so worried that she would not be seen in all her swaddling and someone would sit on her, especially. those days, when we had lots of visitors.

I resolved that by always putting her in their crib, even if her brother stayed on our bed, he was active and loud enough to get people’s attention. With her, I have always been like a mother hen. Did I mention that it’s the same baby whose sex couldn’t be determined? Hmm, that girl aged me with worry, even before she came into the world.

These are the things I worry about, that I had never imagined was going to be an issue. What are some of the things that had gotten you worried?