I can still remember her like it was yesterday. She was (and still is) the wife of a pastor, and was popularly called Iya Ibeji in the neighborhood where I grew up, back in the early 90s. She appeared to be in her mid-20s then, and was heavily pregnant. Her husband pastored the church my family attended and she eventually became friends with my mum.

I noticed something strange. A year passed, then another: she was still pregnant.

She came visiting one day and she and my mum spent quite some time chatting in the living room. I happened to be passing by the door (or let’s say I was eavesdropping, but that’s an issue for another day) and overheard her tell my mum “Ah my sister, the enemies have tried their best to stop this baby, but my miracle baby will soon be delivered and they will all be put to shame”.

She went further to say that even the doctors and the various scans have not detected any baby, but she can feel the baby inside her alive and well.

Guess what? That was over 20 years ago, and my mum recently told me she is still claiming to be pregnant!

Wonders shall never cease, you may say.

However, there happens to be an explanation that has baffled even the most experienced doctors over the years. It’s a condition known as the “Phantom” or false pregnancy. Medically it is called Pseudocyesis.

It’s a condition where a woman believes she is pregnant but is actually not. Her “pregnancy-like” symptoms are caused by other factors. Believe it or not, men have been known to experience it too, especially when their partners are pregnant. The emotional pain of this condition is better imagined, because at the end of it all, there is no baby.

It is quite an unusual condition and has been estimated to occur in 6 out of 22,000 live births.

Symptoms are typically the same as for those who are actually pregnant:

These symptoms historically have been seen to last for weeks…or even years. Some women with this condition will actually go into false labour, and arrive at the delivery room or hospital, only to be examined and found not to be actually pregnant. 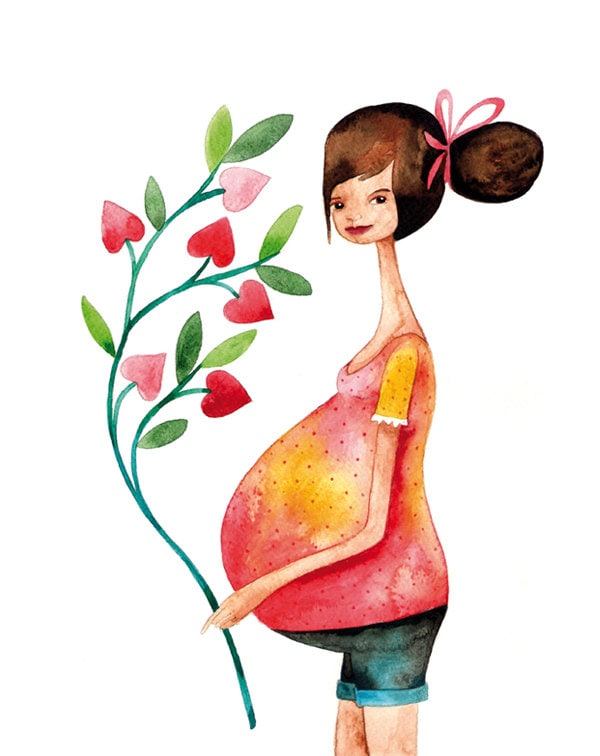 An evaluation by a doctor would usually show that the woman is experiencing a false pregnancy. The doctor would also do well to check for ectopic pregnancy, cancer, and morbid obesity.

It is interesting to note that Pseudocyesis is not a “modern” condition and has, in fact, confounded doctors and midwives over the years with the earliest documented cases being recorded as far back as in 300 B.C.!

The English Queen, Mary Tudor, is one popular case of a phantom pregnancy. Her case was so extreme that finding out she was not pregnant is believed to have caused her to react violently several times, earning her the nickname “Bloody Mary”. Sadly she died at the age of 42, after enduring repeated false pregnancies from what was suspected to be uterine cancer.

Treatment should include therapy and psychological support to gently convince the affected woman that she is actually not pregnant and help her overcome the inevitable and painful disappointment.

How Infertility Made Me a Better Mother: a Woman’s Confession