You cannot even begin to imagine the shock on the face of Tolani, a former colleague of mine, as she broke the news of her latest diagnosis to me, via a video call.

“He said I was technically in menopause, even though I’m only 35 years old, Kemi! How is that even possible? All he had to tell me was that my genetic disposition likely meant my ovaries were no good.” She was practically shouting.

When I could get a word in, I asked her if it was a case of poor ovarian reserve. She said what the doctor had told her was more like zero ovarian reserve. Now, I was shocked too, at just 35 years of age, with a 3-year three old son. My heart ached for her, but I immediately started to think of alternatives. The only one that came to mind was a donor, but I did not know if she was in the know, or what her disposition to such a practice was, so I did not bell the cat.

I simply asked what alternative her doctor had given her, to end this secondary infertility. When she said donor eggs, I heaved a sigh of relief, as though to say “Now we can talk.” And we did talk about if she wanted to go that route, which she isn’t sure of just yet, mostly because of her husband’s expected strong aversion to anything to do with assisted reproduction.

I got to know that it was a struggle for him to agree for her to see a fertility doctor, and she knew he would likely go haywire if anyone mentioned donor eggs to him. He would likely have reminded her that they were only five years into their marriage, with a 3 years old son, and that he did not know what the hurry was all about for her. To him, a natural conception was possible, even with the deary diagnosis of the doctors.

Besides, if he agreed to IVF, it would only be with her eggs and his sperm, nothing more, nothing less. On that subject matter, I couldn’t help her. Only she knew her husband, and what worked with him.

That conversation with Tolani stirred a brain wave; her doctor had said she was genetically disposed to experience menopause earlier than some other women. I was like, what are the other conditions that can cause a woman to go into premature menopause? We both did some research, she wanted to know more about this genetic thing that was “rushing her to her grave,” which was how she put it.

Starting with the obvious…

The conclusion of Tolani’s Premature Ovarian Falilure, or menopause, being genetic was because every other medical condition had been struck out. There was no other known medical reason for her condition.

She, in turn, had asked her mother at what age she became menopausal, and her answer was 54. Blank draw there. She asked if her mother knew about her grandma’s age at menopause, she did not, so another blank draw. However, her mother had only given birth to her and her brother, and it was the same with her grandma, who only had two surviving children, her mother and her uncle. The 3 others had died at birth.

When she gave all this information to the doctor, she was assured that it did not matter if her mother had become menopausal on her 60th birthday, she had just been lucky that the dormant gene had skipped her. Alas, it was rearing its head in Tolani’s life.

Asked if her mom wanted only two children, there was no need to ask her mom that question, as she remembered clearly her mom’s anxiety whenever any one gave birth, and how she would gather stuff for the new baby, muttering prayers that her own second son should come too. She often ended up dragging both Tolani and her brother to visit the new baby. So, Tolani knew her Mom had wanted more kids, but she never sensed any disappointment in her Dad, not once.

Backed by science, researchers have already determined that age at menopause onset is most likely inherited. Finding out when your mother started menopause can provide clues about when you will start your own. If your mother started menopause early, then you are six times more likely than average to do the same. Yet genes tell only half the story, as it has become apparent in Tolani’s case.
2. Chemotherapy 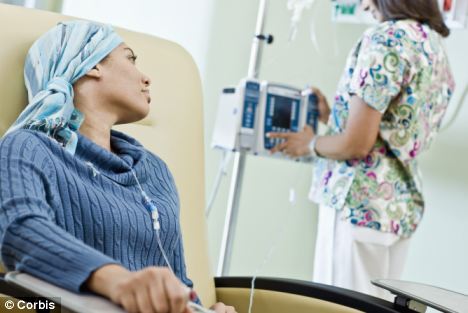 This treatment for cancer can actually do harm to a woman’s fertility, even as it is saving the woman’s life. Chemotherapy is designed to obliterate fast-dividing cancerous cells, and in the process, it can zap healthy ovarian follicles along the way, especially in older women.

This medicine-induced menopause may be temporary or permanent, depending largely on the age of the woman. Data from studies suggest that anywhere from 0 to 40% of women under age 40 go into permanent menopause after chemotherapy, whereas for women over 40, that figure increases to 70 to 90%, according to breastcancer.org.

One consoling fact is the recent successful attempts to preserve reproductive tissues of cancer patients, before they start chemotherapy, so their chances of becoming parents in the future are enhanced.
3. Epilepsy

Women with this seizure disorder, which stems from the brain, are more likely to go into premature ovarian failure, which leads to menopause.

According to a Georgetown University study, it found that in a group of women with epilepsy, about 14% had premature menopause, compared with 1% of the general population. Although it’s not clear exactly why, it might have something to do with low estrogen, which is known to lower the threshold for seizures.

In addition, the study found that women with this seizure disorder were more at risk of having more seizures before their periods, or during the transition into menopause.
4. Smoking 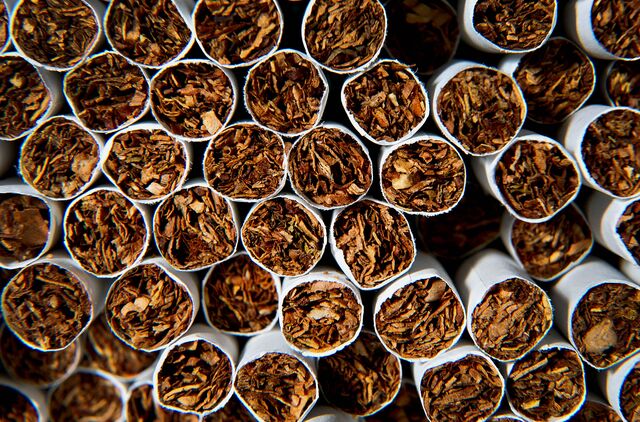 Now, this is not a condition but a habit that could lead to several conditions, and one of them is premature menopause. The reason is that smoking damages cells on every level, and the ovarian cells are not left untouched. After years, they begin to show wear and tear, and eventually give way earlier than they should.

Some studies have shown that women who smoke are likely to start menopause one to two years earlier than those who don’t. In fact, a controversial study recently published in the journal of the American Society of Reproductive Medicine, found a link between fathers’ smoking habits and their daughters’ onset of menopause.

Researchers in Japan questioned about 1,000 women who were postmenopausal when they came for their gynecologic examination. They found that women whose fathers smoked while their mothers were pregnant with them went through menopause more than a year earlier than those from households where the men did not smoke. However, more work is needed to explain the link.

These are some of the conditions that can predisposes a woman to enter menopause earlier than normal. And what is the normal age? 51 years old is the international bench mark.

This list is by no means exhaustive, as there are other conditions like rheumatoid arthritis, drinking, eating disorders, surgery and prolonged period of stress in a woman’s life that exposes her to the risk of premature menopause.

The best thing one can do is try to cut out lifestyle choices that might be decimating one’s fertility, and leave the rest up to God to deal with.