Just imagine being told that you can’t have children, after having kept yourself for a whole 30 years, waiting for the right man, and then you find him, only for you not to be able to have kids. The next thing out of your mouth would probably be, “But I’m menstruating! How can that be possible?” Well that was one scenario that Doctor Faye Iketubosin painted, when Nicole and I went to interview him.

It just showed that there were many misconceptions, myths and notions in the minds of women, and even men, about the state of their fertility. He made mention of one, which was so vital, that even I believed to be true, even though, evidence has proven differently. This however prompted me to search for others, and did I find? Ladies, get ready to be shocked out of your minds by some of the things that I found. Starting with the misconception mentioned by Dr. Iketubosin.

1. Seeing your period does not mean you are fertile

This was a bit disconcerting to hear, as I have heard, for most of my life, that the period was a major index of your fertility. While that remains true, it can become less than true, when you add age and some other factors to the scale, and it clearly tilts to the side of infertility.

Acording to Dr. Iketubosin, “One message I need women to understand is, regardless of our environment, there is a huge misconception among women that, as long as they are having periods, they are able to have children. It’s a huge misconception. You meet some women, who are in their 40s, but who feel they can have the same chances of getting pregnant as a 25 year old. And it comes as a rude shock when they see a gynaecologist and they hear, ‘Ma’am, it’s going to be difficult.’ It’s a very difficult message for them to accept.

We see it a lot here; women at 45 thinking they have the same chances as a woman in her 20s, and when you run the tests and they see the results, they are wondering ‘Why did I wait for this long?’
So one message, that women need to understand is that the fact that you have a period doesn’t mean you are fertile.”
There you have it.

2. If he has fathered a child before, he can’t be infertile

Wrong! Wrong! This is all shades of wrong. According to a Dr. Jani Jensen, an obstetrician/gynaecologist, the fact that a man has had a child in the past, is no guarantee for the future. There are a lot of things that could have changed between the last time the man had a child, and the current period of trying. Things like the fact that the man could have gained weight, or even developed thyroid disease, or any other diseases, that could have impaired his fertility. So ladies, before you start giving your man some excuses to forgo investigation, think again.

And there’s also the remote possibility that the man wasn’t really the father of the child. Yes, stuff happens, like the story a urologist we met at a seminar told. His patient had a vasectomy, and his testes were removed in the process, but he was unaware of this fact. His wife got pregnant, and had another baby a couple of years after the surgery. Of course, no one suspected anything, after all medical science was not fail-proof, he must have fallen into the statistics of people who had a vasectomy, and were still able to father children.
The problem is, he couldn’t possibly have fathered that child…he had no testes. So from where did the sperm come? Question for the gods.

3. Once I relax, I will get pregnant Again, wrong! Although, there is no question that there is a connection between high stress levels and a lady’s fertility. There is also no doubt that infertility comes with its own baggage of stress. Nonetheless, the exact biology of how stress might come into play is not fully understood, but hormones in the body such as cortisol, epinephrine, melatonin, opioids, and others are known to be factors in stress and reproduction.

Along these lines, one recent Israeli study of women undergoing in vitro fertilization (IVF) showed higher pregnancy rates in those who saw a 15-minute clown performance after their embryos were transferred. However, the study could not put to rest the controversy as to whether stress can actually contribute to infertility; and, more importantly, whether reducing stress can actually help you get pregnant.

So, where does that leave you, your fertility and stress? Doctors advise that if possible, TTC moms should reduce their stress levels, if it does nothing to improve their conception chances, at least it will do some good for the woman’s body, which is a good thing all the same.

4. There is so much hope of overcoming infertility with today’s technology

True, there is so much that can be done these days with the help of medical technology in the area of infertility. Advances such as intracytoplasmic sperm injection (ICSI), preimplantation genetic diagnosis (PGD), endometrial scratching, and other laboratory techniques that are now routine, provide hope to couples who, decades ago, had few, if any, options.

However, you are being deceived, if you are told all fertility problems can be solved. One of such is there is still no reliable treatment to improve egg quality in women, who are experiencing infertility due to severely diminished ovarian reserve. However, these women can have successful cycles, using the option of donor egg IVF, using either fresh or frozen donor eggs. Women, who are unable to produce mature eggs, are also still at the mercy of medical research for a lasting solution to their condition.

5. Some sexual positions are better suited for conception

You have been sold zobo, if you have been putting your hips up in the air, after every sexual encounter, with the help of pillows, to aid the travel of the swimmers to Madam Eggy. Or you have even adopted one sexual position, because, you heard that is the best one for conception. Think again.

6. I come from a very fertile Family, so I cannot have issues with fertility

Sorry, if you have been thinking like this. True, your genes have powerful influence on your biology, but there are not absolutes in nature. You might even be one of the TTC moms, who experience secondary infertility; where having the first child is, literally, a piece of cake, and then having another baby becomes a situation where you are almost pulling all your hair out. 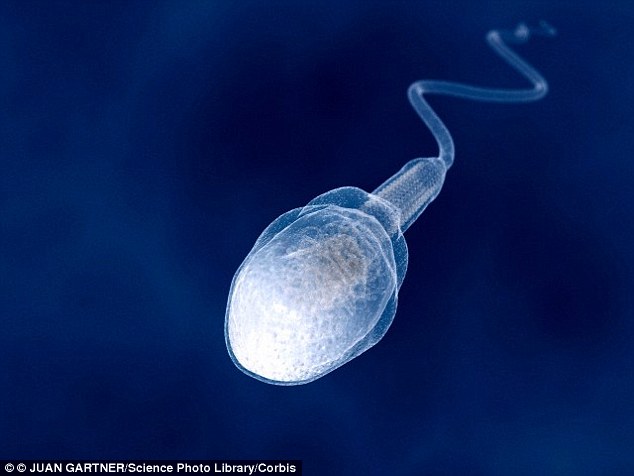 I’m sure you have heard this said several times, as I have, especially, when the topic of older men marrying young ladies comes up, and should that one get pregnant, the manner of congratulations is different. You hear, “Okunrin meta ati abo” literally meaning, three men and a half, amidst the egoistic backslapping, and whatever coded moves that pass between men at those moments.

True, we know that a woman does not produce any more eggs, other than the ones she was born with, while men are able to reproduce sperm throughout life. Well, there is a problem though, as the older a man is, the more difficult it is to conceive due to a decline in semen quality, and an increased possibility of birth defects passed on as a result of DNA fragmentation seen in the sperm of older men.

In addition to problems with the quality of sperm, aging in men is also associated with decreased sexual activity and erectile dysfunction.

Phew! Seeing all these misconceptions, and others that I did not mention, actually made me wonder what I do know about fertility and the conception as a whole. Lots to learn yet.

However, this much is sure; it pays to check things out, instead of waiting for ‘miracles’, or wishing it away. Immediately you feel there might be an issue, better be sorry than late! Check it out!

Four Ways To Prepare Your Body Just Before You Start Trying...