Very very recently, when I was researching a good PCOS-Friendly Diet, someone told me about how wonderful cabbage was for PCOS. Yes, I had heard of the wonder foods that helped minimise PCOS, and I had probably seen cabbage in the long list, but I never did pay it any mind. I was quite fascinated when this person sang so much of its praises, that I immediately decided to check it out myself.

For as long as I have known about PCOS retarding foods, I have always understood the logic. One key way to relieve PCOS symptoms is by losing weight. Weight loss not only helps lessen PCOS symptoms, but also helps restore the normal function of the affected parts. Obesity and insulin resistance are two contributors to the worsening of PCOS, so it only makes sense to start with relieving these two. This is where PCOS retarding foods come in.

Cabbage does not contain any calories, and is packed with weight loss promoting and PCOS fighting nutrients, such as vitamin C and calcium. They are also rich in dietary fiber, and fill you up quicker. By eating cabbage, not only do you not record any calories, you are able to get full on very little, making weight loss more possible. And when you lose weight, managing PCOS is much easier.

A study by the University of Leicester, which followed over 200,000 people, revealed that eating 1.15 servings of cabbage, or other leafy greens, per day reduced the risk of developing type 2 diabetes by 14% compared to those who ate under half a portion. In addition, red cabbage is packed with anthocyins, a group of flavanoid chemicals that increase insulin secretion.

So how then does one eat this cabbage? I came across a cabbage soup recipe, and I felt sick at the mere thought of it. Or having it as a smoothie? Eeeewww! I do not believe in diets that make you want to throw up, so that was not even a consideration for me. So, I have decided to stick with having it as one of the key components of a salad, or as a salsa (combined with another super food, tomatoes, onions, and spice 😉 ).

Other PCOS retarding super foods include:

A low calorie vegetable, packed with many critical nutrients, like chromium. Chromium is a component of the glucose tolerance factor (GTF) which maintains normal blood glucose levels by making insulin more efficient.

Cinnamon is a super food, that helps with the increase of insulin sensitivity. Half a teaspoon of cinnamon per day has been proved to help normalize blood sugar levels and reducing food cravings. Hydroxychalcone, the main active ingredient in cinnamon, enhances the effect of insulin. Cinnamon also prevents post-meal blood sugar spikes. 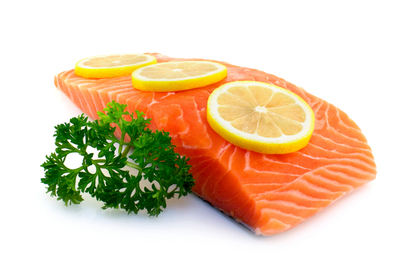 Salmon is a great source of vitamin D. To see how this helps with PCOS, it is important to note that low levels of vitamin D have been associated with problems related to PCOS, such as insulin resistance, weight gain, and infertility.

A serving of tuna contains about 33 grams of protein, with no fat or carbohydrates. It is packed with B vitamins, and vitamin D, both of which are important for women with PCOS.

At just about 32 calories a cup, they are a very low-carb dietary option. In addition, they are packed with vitamin C, and are a great source of fiber, vitamin A, and potassium.

A very low-carb choice for PCOS sufferers. With lower than 5 grams of carbohydrate per serving, there is no risk of it raising one’s blood sugar too much. They are a great source of vitamin K, vitamin C, and potassium. 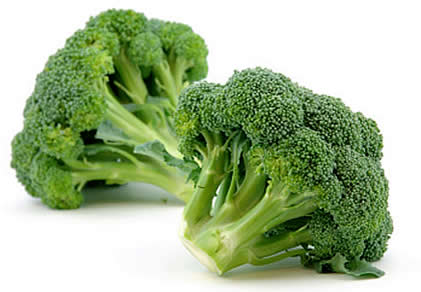 At low carbohydrate vegetable, packed with with vitamins A, C, and D. It also has fiber, calcium, and iron.