Most of us get cramps. All of us hate cramps. And sometimes, awful cramps are just what’s standing in the way of you and your baby…only you probably don’t know it yet. I first heard about endometriosis a few years back when a family friend was diagnosed with it. Tonia* had done everything possible to ease her menstrual cramps but to no avail. During her teen years, her cramps were so bad that if it started in school, she would spend the rest of the day at the sick bay, or have to call for someone to come take her home. She took enough ibuprofen to make her father scream about her damaging her kidneys. Yes! the pain was that real. She missed many events and exams, on account of her very painful cramps, but no body bothered much about it. We all felt she was just unfortunate to have cramps in overkill, and prayed that as she grew, it would ease out.

And then, Tonia gets married and starts her TTC journey. Often times, she would joke about looking forward to her nine month break from menstrual cramps. At this stage, her cramps were still really bad, that even her employers had to give her days off every month, to prevent her from reeling on the floor in pains at the workplace. After a year of actively trying, she and her husband went to see their doctor. Eggs were fine, sperm was fine, but she had an endometrium cyst that prevented the sperm from getting to the egg. Further medical examinations were carried out and Tonia was diagnosed with Endometriosis, as she opened up to her doctor about her severe cramps during her period as well as how painful sex was for her, no matter how gentle her husband tried to be. 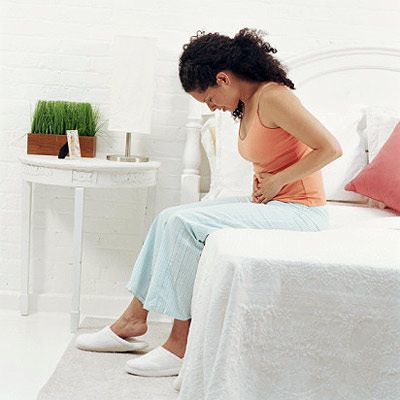 It was such a good thing that Tonia went to the hospital early and opened up to the doctor, because she just always thought it was her fate in life not to enjoy sex, and to be cursed with a terrible period every month. Most women who have endometriosis start seeing the symptoms fairly early, but these mostly go unchecked. In Tonia’s case, whenever her period got so bad that she had to be taken to the hospital, the medical caregivers would simply give her an injection for the pain, place her on bed rest, and then send her home. People are still so oblivious to the fact that painful cramps can be a potential sign of infertility issues. Or probably, the doctors just felt she was too young to bother with infertility and should wait until she was ready to have babies before getting properly checked. However, I believe if she had been diagnosed earlier, she would have gotten treated and probably had her baby sooner.

Luckily for her, her condition was easily treated with  a laparoscopic surgery which is a minimal invasive surgery that had the doctors inserting a video camera into Tonia’s body and scrapping out the endometrial cysts. A few weeks after the surgery, Tonia’s period came, but it wasn’t as painful as before. A few aspirin pills put her in a good enough condition to go about her normal life. She took a small break from active TTC and a year later, was delivered of a set of twins.

Sometimes, the keys to our happiness are lurking just around us…you just have to look around and grab them! God speed to us all!