What you are about to read is a true account of a Nigerian woman that I met yesterday at Elegushi beach. I had gone to the beach seeking for inspiration…my laptop was open, but I hadn’t gotten past two sentences. Angry at myself, I dug my feet into the sand and sighed. She was sitting on her own mat close by; she smiled and said “I thought people come to the beach to forget their worries?”

I looked up, smiled back at her and said “It seems my worries followed me here, I came here to find inspiration but nothing is coming”.

She took a sip of her Snapp and asked me what I needed inspiration for. I told her I was a writer, and it seemed I have been suffering from writer’s block for a while now. I noticed a sad smile cross her face and I asked her what she came to the beach for. You see, people usually do not show up on the beach on a Wednesday afternoon, they are usually at work. “I came here to find peace, and to remind myself that God who made the seas and the waves, and gave them boundaries would remember me one day”. I could immediately tell that she was a TTC woman…call it intuition, but I just knew…so I asked subtly and she confirmed it.

I then told her about our community here and encouraged her to join us.

“Is that where you write for?” She asked and I nodded. “Maybe you can write about me then” she said, that sad smile still playing around her lips.

“If I write about you, would you join us on the site?” I asked, but she said she likes to bear her cross alone.

Well, I needed inspiration and one was right in front of me…but she didn’t give me inspiration, she gave me a story. She let me deep into her world and opened up to me about dark places I am sure she had kept away from so many others. And because she had obviously carried her skeletons for long, I could tell that telling her story was helping her heal. So I listened, and I took notes and as she talked, she healed… 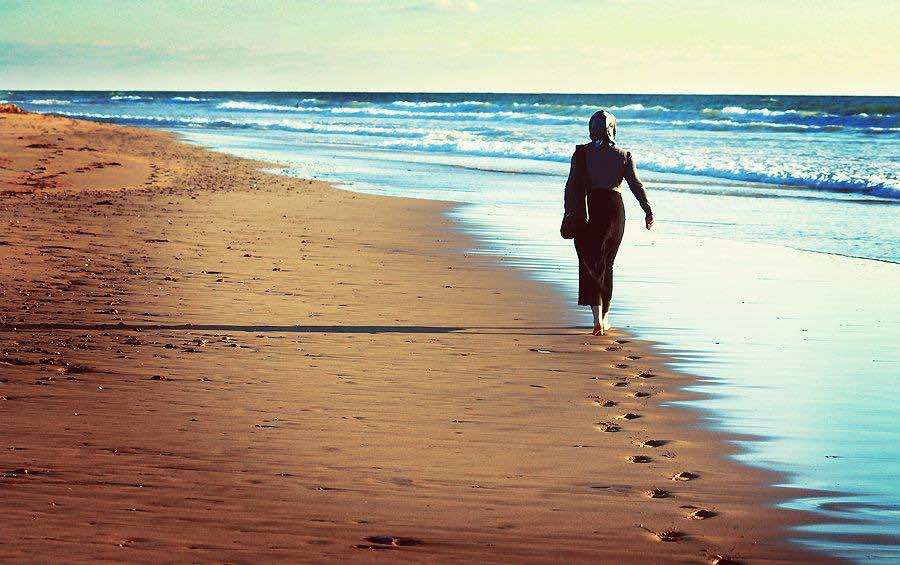 Anita* was born and bred in the South-Western part of the country. She grew up with her mother and five siblings, as their father was in faraway America, where he worked hard as a cab driver in order to send his children back home in Nigeria to school. When Anita gained admission into the University, she was advised by her mother and counselors, to face her studies squarely and shun boyfriends, bad friends and bad habits. When she got into campus, she abided by the code of conduct her mother had set for her, the night before she left home for Ife. However, a few weeks into the first semester of her second year, she met and fell head over heels in love with Demola*; a third year student of Philosophy.

It wasn’t long before Demola helped Anita forget all the warnings her mother had pulled her ears about. Soon, she discovered that she was rapidly putting on weight and suddenly started craving fried yam…which was weird because in the past, she couldn’t stand the smell of yam, talk less of crave it. When her period was a few days late, her roommates coerced her to get a pregnancy kit and test herself. Anita laughed them off, how could she be pregnant when she had only had sex twice? She had just lost her virginity to Demola and was still trying to learn the ropes…no way could she be pregnant. Days past and the red didn’t show, so she decided to actually get tested, and took a friend with her to a nearby lab. The sheet that contained her result spelt doom for her, as she was indeed pregnant. A distraught Anita just couldn’t understand why girls that had sex almost everyday were not getting pregnant, and she who had only sinned twice was meted such heavy punishment.

Demola of course grew cold feet, and abandoned her the minute she showed him the lab result. Anita thought of her father who hardly got five hours sleep a day, just so she and her siblings could go to school, she remembered all the counsel her mother gave her, and the admonitions that came from the pulpit, and she cried till her tear ducts had nothing else to offer. When her roommate suggested a drug that was going to ‘flush out’ the embryo, she was torn between going home in shame and committing a bigger sin to cover up a smaller one. In the end, she succumbed and swallowed the pills she was given, but fetus refused to leave. She tried starving herself and even engaged in rough sporting activities, but the child she had formed with Demola was bent on being born. Luckily, her mother never suspected throughout the holiday and by the next time her next holiday was due, she lied that she had extra credit load, and had to stay back in school. She gave birth to a baby boy and took him to an orphanage just as school was resuming for the third year.

Physically, she healed, as she was able to return back to her studies and graduated with a good result, with her mom none the wiser. But emotionally, she was bruised and scarred. When she eventually allowed herself love again, she opened her heart to the guy she was to marry. Anita and Tunji* got married in a modest ceremony and were eager to start a family. After two futile years, they decided to get checked and it was found that Anita’s ovarian reserve was low…so low that her chances of conception, with her own eggs, were next to none.

It has now been months since she got her diagnosis, but she is yet to tell her husband. Instead, she sees her son every night. She knows he was given up for adoption and she believes he is loved wherever he is, but she carries him in her soul every second of the day.

“I am so glad I didn’t abort that baby. I may not get him back, as much as I wish I could…but at least, I know my blood is out there somewhere, making some other woman happy, and living a better life than I would have given him if I had kept him”.

I have met TTC women, I am related to some and friends with others…but no story struck me like Anita’s. Even as she explores IVF with her husband, using donor eggs, she is grateful for the baby she birthed, but never knew.

I think that motherhood is a seriously strong bond…I have seen mothers so attached to babies they adopted, as though those babies grew from their wombs, and now, I have seen a mother who loves a child she doesn’t know…and probably never will.

Baby dust to Anita and to all the rest of us!