I got the very faintest of lines on my OPK this morning, so I think this means we will be going for it in the next few days.

Last night, we had sex, and it was sooo much better, without the pressure of having to make anything happen. Being able to just make love without worrying about whether or not he would ejaculate made a world of difference.

Still no strong lines on the OPK yet.

I’m starting to panic, in case I don’t get a strong positive. That would just be the cherry on the cake, if we were to add zero ovulation to our litany of problems. That would be really really something oh! If that were to be the case, na to go sleep for Church oh! When we no kill person!

Still no sign of a positive OPK, but Babs and I have agreed that we will have a practise run tonight, so that we are ready when it does happen. It’s one thing to be planning to use the cups, but another thing to ensure that he comes directly into it.

Well, last night we just managed to have sex as planned. Only just!! We were both so tired after work, but I was determined to make the effort.

I made sure we did it all properly. I lit candles, put Dido on the CD player, made sure I had matching underwear on (not that he ever notices)…but then ran out of steam, and did what I had to do to get it over with quickly (oral sex).

We had the cup all ready. He was already lying on his back, and it was really not the best position to get the sperm into the cup, but we managed it! In fact, it was really easy to insert into me. Much easier than I thought it would, because it looked huge! I couldn’t even feel it once it was in. However, I was a bit uncomfortable this morning, when I was taking it out, but there was nothing in it, so hopefully the sperm went swimming off to where they should have.

So, all in all, I would say it was a success last night. I’m so relieved that he managed to ejaculate. We were both worried that his sperm might go agoraphobic again, under the pressure. Thank God they didn’t!

And later in the evening, I got a positive OPK!! I was so excited, I thought I would scream myself hoarse!!!

A positive OPK and there are swimmers inside me. I kept the cup inside for the full 12 hours, so that the sperm couldn’t go anywhere but up and in.

I’m actually quite emotional. My first ever 2-week wait, after 3.5 years of trying!!! I’m so grateful to God!

I guess we’ll have to do it again tomorrow! Let’s hope it works out like it did last night.

Well, we didn’t have sex on Thursday night. Babs wanted to wait until yesterday (Friday), because he liked the thought of conceiving on the anniversary of the day we had sex for the first time (my husband actually remembers all these things!). I tried to convince him that doing it on Thursday night wouldn’t stop conception from happening on Friday, but I still can’t seem to get through to him that sperm is able to swim about for days!

So, we got his swimmers in on Wednesday night, I had a positive OPK reading on Thursday night, and got some more swimmers in again on Friday night, and this afternoon too. The OPK line was noticeably lighter this morning, so I think we have done enough now?!

I read online about trying the SMEP (Sperm Meets Egg Plan), but I’m not sure I have the energy for that! I think if I tried doing it that often, I would literally keel over and faint. What we’re doing just has to work, abeg! 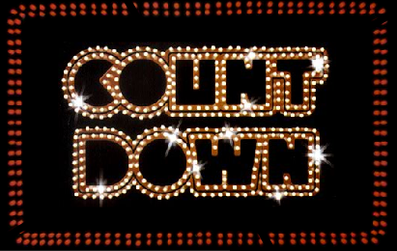 I have no symptoms yet. Not really surprising, considering it’s probably way too early!!! I do have got backache though, but it’s probably down to gardening all afternoon!! I have a small vegetable garden in our backyard, which I take a lot of pride in.

I am feeling quite relaxed, now I have got past ovulation. Maybe because it was Sunday, or maybe because I’m in a much better emotional place, we had the most enjoyable and quiet Sunday. Just us two, all alone.

This cycle has to work. It just has to!