AF still not here. Still no cramping, and the spotting stopped after an hour yesterday. Who knows what’s even going on?! I had a big temperature drop today, so maybe she’ll show tomorrow…

The witch finally found me. I guess she was waiting to see the BFN before making an appearance!!!

And she isn’t being kind either. It feels like my insides are being ripped out (which I guess they are). I must look bad as well, because Babs is running around and looking after me. I told him I wanted a painkiller and a hot water bottle. I now have enough painkillers to kill myself, and three hot water bottles. I’m not quite sure what to do with three. I only have one cramping stomach!!!!

I really feel like I need to try something else. It’s been 12 cycles with the insemination cups this month. I have given up drinking (except for very rare occassions), and caffeine because I read that can help.

I desperately need new ideas. I’m willing to give anything a go, at this point.

Well, AF has come and gone. Time to get on with this cycle…

I have decided that I am not going to bother with OPKs this month. I know when I ovulate now, so it is a waste of time. I’m going to give Pre Seed another try as well this month.

Wel, it is Friday, it is payday, and it is only a couple of hours until a night out with the girls!!! About as good as it gets without two pink lines!!!! I’ll take any happiness I can get at this point. 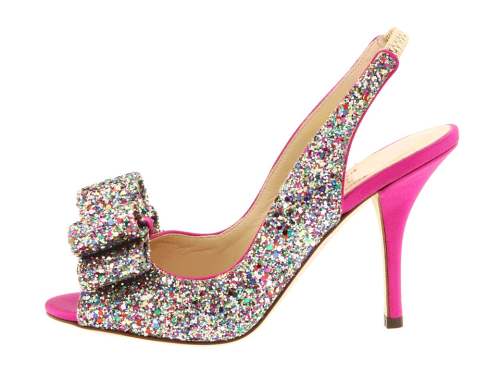 I had the most amazing weekend!!

Friday night was brilliant. I didn’t drink too much, but ate loads, and laughed sooooooo much. I caught up on all the gossip, and just talked for hours. It was a fun evening!

On Saturday I went shopping with my mum, at Balogun market. She wanted to buy a shoe and bag set for a party she has next weekend (owambe tinz). In exchange for my company, she bought me the prettiest sparkly shoes!! I fell in love with them at first sight.

Sunday, I spent chilling out with Babs, and then we went to an all-you-can-eat meat restaurant with another couple we know. It was great food and awesome company!

Now, back to reality!

I’ve been so awful updating my diary this cycle. I guess it’s an indication about how unenthusiastic I am about it.

Today is 6DPO, and as far as symptoms go, I have had an aching back, AF like cramps, strange dreams, high temps, and bad wind.

Well, I’m not feeling much of anything. I’m not convinced it won’t be this month, like I often am, but I’m not feeling positive that it will be either. I’ve got a few twinges and niggles, and it is really hard not to obsess, but I am doing okay on that front…I think.

I have no new symptoms to report, other than a huge temp rise this morning!

I had another great temperature rise this morning…but now, I have major PMS!!! One minute I am bouncing around like a happy little bunny, the next minute I am screaming at Babs, because he made tea in the wrong mug, and then I’m bursting into floods of tears. I hate hormones!!!!!!!!

I had a quick POAS today, and got a BFN…but I’m trying not to be too downhearted. Very early days yet…

My boobs felt sore at work, so I took another test when I got home, and I am not sure…but I think I can see a line.

A really really really faint line, but I can tell where the second line should. Normally it is whiter than white. Babs can see it too.

I feel sick. Could this be it?

It must have been a shadow, because in daylight there is nothing there at all. I tested again this morning, and got a BFN…

I’m not spotting yet, and my boobs are getting even more sore. My temperature is also up…I’m just so confused.

I just want to know either way now…

I got so caught up with my cycle, that I totally forgot to get my Babs a gift. But he was so thoughtful enough to get me a lovely one. I really do have the best husband in the world!

I had a slight temperature drop this morning, but it is still way up for this time in the cycle. I’ve still got sore boobs and occasional crampy twinges. No spotting yet, and my cervix is so far out of reach, I can’t feel what it is like. I tested again this morning, and I think it was a BFN, but in some lights, if I squint and tilt it a bit, I think I can see a line.

I need to know already!!!