Truthfully, I never consciously thought about being pregnant, or pregnancy for that matter, until I got pregnant. It was just one of those things I knew a woman had to go through to have kids. I had watched my older sisters get married, get pregnant, and have kids…who are even almost as old as I am.

Yes, they looked tired whilst pregnant, one of them even used a spit cup, which we all found yucky back then. I remember one time, when she got so fed up by the faces we made at her spitting, that she said it would be our turn one day. We laughed and tuned out, as she waddled out of the sitting room to dispose off her yucky mess.

I have had many pregnant cousins, some looked tired but mostly, they looked beautiful and glowed with good health. So, I had come to accept it as a phase of life. It happens, life happens, being pregnant is just one of the things that happen…and ultimately that it was mostly a jolly good ride.

I cannot recollect my mother being pregnant. She is one of those people who had three babies in quick succession, and I wonder how she coped with three kids less than five years old depending on her. I know how I’m struggling, even as my kids are not all in that age bracket.

But she often told us stories of how it was only her second pregnancy that disturbed her a little. And her story always came up whenever my sister complained about my nieces disturbing her. Those stories of what a little terror my sister had been before her birth, and afterwards, often had the desired effect on this sister. She would immediately stop complaining, and go home with my nieces.

So from my experience with other people’s pregnancies, I thought pregnancy was going to be a walk in the park, as I always arrogantly mouthed the ‘Pregnancy is not a disease’ phrase. I did not want to be treated as an invalid, just because I was pregnant but as we used to say, na body go tell you. When it hit me, I gladly let go of many things, and just looked the other way when someone made way for me, and my large bump, or helped me carry my bag. It was experience that opened my eyes to see that some of the things I thought I knew…I really didn’t!

So, here are some of the pregnancy misconceptions I had, which could not be farther from the reality.

1. I thought no menstruation meant no PMS

Boy! Was I so wrong in this instance!!! I had cravings, I was angry one minute, happy the next, and a weepy mess the next. Something as simple as how a cup was placed could irritate the life out of me, and the worst part was that I would not be able to get such annoying episodes out of my mind for a long time.

It didn’t matter that the cup had been removed, or that I had put it where I wanted. My mind would play, and replay, the image of that cup, and I would get irritated all over again. Not until the second trimester of my first pregnancy did I get to be more happy than sad. All that remained was the moodiness!

2. I thought the typical pregnant posture was bad posture

Not until I got pregnant did it dawn on me the main reason why pregnant women tend to tilt their shoulders backwards and their middle section forward. Let me tell you the truth, that posture is a survival strategy. That is the way the body is able to support the extra weight it is carrying. So, it isn’t a matter of bad posture.

However, I knew a new mom who, when she was pregnant, was so conscious of keeping her shoulders straight and standing properly…but guess what she did when she was in the privacy of her house? Her default was to switch to the typical pregnancy posture, inclusive of the hand on her waist. After hours of forcing an unnatural posture, by standing ramrod straight, it was left to her husband to massage her back and make her feel better. I liked her style anyway, fronting for the world and being real at home.

3.I thought that my life would only change after I gave birth

I think we can all agree on this one, our lives are changed immediately we get pregnant. From the day I found out that I was pregnant, till the morning I gave birth to the babies, my life ceased to be my own again. It was now almost always about the babies. I went from being someone who hardly ever saw the 4 walls of a hospital, to paying regular visits. My thoughts were now all about baby clothes, diapers, vitamins, how to lose the weight I had gained weight,etc. But thankfully, it’s all good now. I lost most of the pregnancy weight, but my stomach never recovered from that journey.

4. I thought I would have control of my bladder

That was a mirage. While pregnant, if I so much as drank a bottle of water, then I had better be ready to spend the day popping in and out of the toilet. The irony is I could not avoid drinking water, as I was always hot. I had no idea where the heat came from, but often, I felt as though my insides were on fire and I needed to quench the heat. The only thing that could do it was water, and when I drank water, I would spend time going to toilet. It was a no win situation for me.

Whenever this happened in the middle of the night, I would just turn on the television and wait, until the next water or toilet break, whichever one came first.

That heat was on another level, in church, I would gravitate towards the window seat, and insist on keeping said window open, along with the hand fan I would always hold.

5. I never thought I would be so tired

I’m using this opportunity to beg for forgiveness from every pregnant woman I know and ever asked ‘Why you are looking tired’ I’m sorry…I had no idea back then. Even if I had, it was none of my business.

When I was pregnant both times, it never mattered how long I slept, I still woke up tired. By the third trimester of my second pregnancy, I was a walking tired mess. Everything became a struggle. Back then, my best position was lying down with my feet on a pillow, while a book rested on my bump.

6. I never heard about calf cramps

This was something I could never explain, but it plagued my two pregnancies. I always had this muscle pull in my legs mostly at night. I later found it is called calf cramps. They were so painful that I would wake up crying and I would not be able to use my leg for some time, because of the pain, even in spite of my husband’s massages.

7. No one told me that the third trimester is the ultimate test of endurance 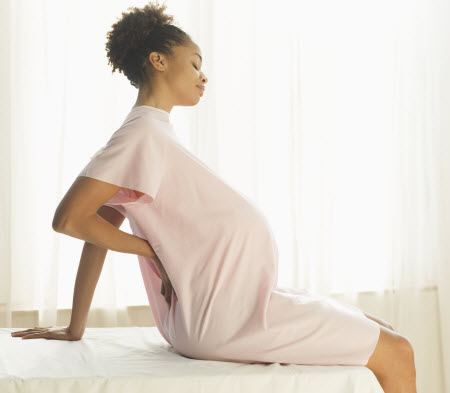 Hmm! I did not get to experience the third trimester fully with my first pregnancy; the babies came prematurely. But the second pregnancy, I wished that the babies would just come and put me out of my misery. As soon as I hit the 30 week mark, I wished I was not pregnant. I just could not bear being pregnant again. I needed to be able to see my feet again, I wanted to hold the babies, I wanted so many things, but to be pregnant was not one of them.

I’m over all these now but I often hesitate to tell other women about what they should expect while pregnant, because I don’t want to scare them. And besides, it is none of my business, as I’m pretty much acting the crazy mommy now *side eyes*. Of course, I do care, but I believe that experience is the best teacher.

Baby dust to you all. I pray we can swap pregnancy tales soon 😉