It was 1997, I had just left Primary school and was waiting for my name to come up on the list in one of the schools our headmistress had told us the names of the pupils had been sent to. We did not do the Common Entrance Examination…we were just herded off to secondary school. Sweet!

I didn’t like staying at home, as I had been home since July, when school closed for us, and I was so done with the waiting, so I always found a way to convince my mom to allow me go to the school to check. Most times, I got my way and went to see if the names had come out, and later, to see if my name was on the list that was out.

It was on one of those sojourns that I witnessed something that was so strange in my world, in fact it was so shocking that my mom barred me from repeating it to my sisters, or anyone for that matter. It was a deeply private matter, unfortunately I heard about it at a bus stop, from a very disgusted and disgruntled wife, who who cared less who knew their family business.

At the centre of the whole drama was a mother of three grown men, who were all married as at that time. They were a popular family in my old neighbourhood, as they were wealthy, and every one knew it. Their home was one of those you mentioned by the family name, not by a street number.

So, it was a show of shame for them that a member of their family was divulging family ‘secrets’, indicting the matriarch of the house, and questioning the paternity of her sons. As I was coming back from my almost daily haunt of the school I would attend, I had met a crowd gathered at the bus stop, and a woman screaming at the top of her voice at a woman in a jeep. They were right in the centre of the crowd. 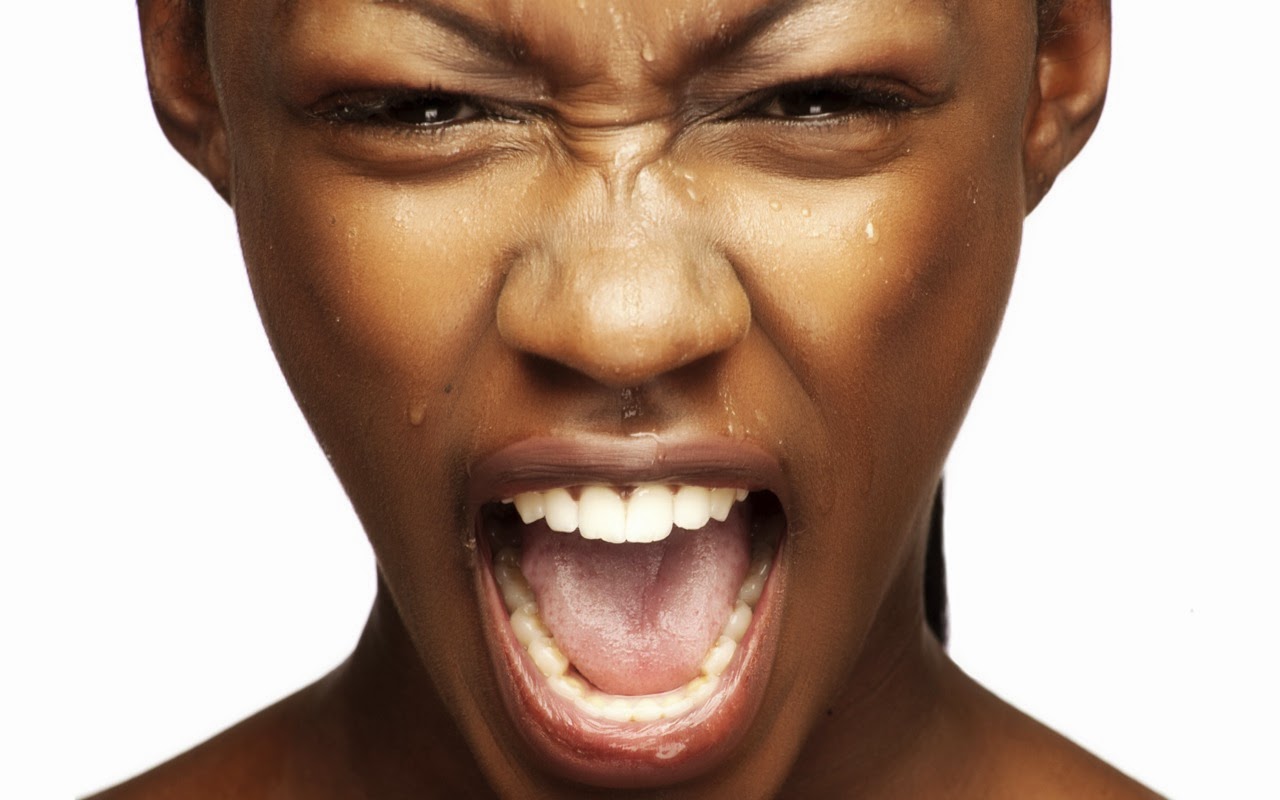 She was asking the woman to confess, whatever it was she had done to her three sons, that was stopping them from having kids. How did she have those kids herself, and who was the biological father of the men? Questions, laced with anger, kept tumbling from her lips and attracting even more of a crowd, as is typical of a Lagos scene.

Meanwhile, the woman in the jeep was trying to placate the shouting lady, asking her to get in the car and let them go home. After a while, she gave up and wanted to drive off, only for the shouting lady to move to the front of her car, issuing the ultimatum that if she did not answer her questions and allow her to carry her child too, then, she had better kill her. The oohs and aahs of the crowd increased at that stage. And at the back of my mind, I knew it was time to go home, or risk being seen by someone who would report me to my mom, but the scene was getting more interesting and I stayed put.

Very soon, a tall young man walked through the crowd, straight to the shouting lady, who had sat in the dirt, protesting. He hauled her up, and moved her away from the front of the car, all the while, telling her how he had always known she was a classless person, and how he had thought his love was enough to clean her up, but she had overstepped her boundaries by waylaying his mom.

The show ended after the man dragged away the shouting woman, whom the whole neighbourhood later got to know was his wife. The whole neighbourhood was agog with the news of what had happened at our bus stop. Everyone had their own version of events. The truth had many sidesm but a common thread to all of these versions is the story of infertility, overcoming it, and even possible transfer of genetic disorders.

For the sake of this article, I will call them the Juwons. They were, and still are, a wealthy family. They did not start out a wealthy one, and they started to experience some wealth after the husband and wife jointly established a printing press, which they both managed, and they started to get big contracts, and that was how they got on the road to becoming wealthy.

However, by this time, they were yet to have kids, even though they had been married for a while. In some quarters, it was felt that they had traded having kids for wealth, but that was not the case. They had been trying for a baby, but it was not forthcoming, so they had focused their attention on what worked, and that was making money. And oh, they made money!

Legend has it that they were once tenants in the house adjacent to where they built their family home, which was completed in less than three months. Two years after they built their house, the calendar watchers said the couple had their first child, a boy, and they threw a lavish party, to which they invited old and young, rich and poor, to come celebrate this longed for child of theirs.

They had two more boys, before the first boy was five years old, and then they stopped. From being called Madam, she became Mama boys and by the time they grew up, they were close in age and, as the old folks said it, “Won ma je ki omo hun’yan bi” literally meaning, they could make you hunger for children, given how beautiful they were.

The boys grew up, did all the essentials, and then got married…and that was where the problem started. The first son got married to his sweetheart from the university, and by the time they were celebrating their third anniversary, they were yet to have a baby, and his younger brother also got married at this stage.

Two years later, the last boy got married, and the two previous brides before the new one were yet to get pregnant. This new wife was the razz one…people marvelled at the attraction to this very unlikely young lady. Oh, the kind of places where you find love! One year after their wedding, the tension started in the family. The new bride was the one stirring trouble and, you guessed right, she was the shouting woman I mentioned earlier.

She wasn’t pregnant, and she knew they had been trying even before the wedding. She was also not one of those people blessed with the virtue of patience, or even control, for that matter. She had asked her co-wives, if that was how they were going to be watching and waiting, without doing anything to have a child.

None of those ones were willing to discuss what they had done, or not done, with her, but she had no such inhibitions. She told them they had been to a doctor, and the doctor had stated it was a case of low sperm count, and that it might take a while before they could get pregnant.

Given the expression on the faces of the other ladies, after she mentioned their diagnosis, she guessed they had a similar problem, low sperm count, that had obviously not responded to any treatment, if the the number of years they had been TTC was to be taken into consideration. Unless there were other issues, but she did not wait for any confirmation.

She staged the scene that I had witnessed at the bus stop. Did it yield results? Yes, but it was not immediate, as it was the year I was in JSS 3, that this family had a naming ceremony of their first grandchild. The naming had been done in the Grandpa’s house, as was their culture. And it was not the shouting woman’s baby, it was the second brother, who belled the cat, and soon, the other brothers had their first babies, who were all baby girls.

I don’t know if they had more babies, as their lives ceased to be drama-filled, and of no interest to me, and I was becoming a full fledged, self absorbed teenager, with plenty drama of my own. While one outside the cycle of the family would never know the true story of how three brothers from the same parents could be experiencing infertility at the same time, it is certainly intriguing and makes you wonder the unknown dynamics at work in their lives.

This TTC journey is filled with so many facets and stories that makes you marvel at the inner strength of the people who go through it. Super humans they are.

May the fertility stars align in our favours o, as one of my favourite persons once said.

When You Are Outnumbered By Your Kids, You Give Up These Things

When You Are Outnumbered By Your Kids, You Give Up These...

Diabetes Quiz – Are You Prone To Diabetes?

Period Shame: Why Are Women Still Embarrassed By Their Period?