It takes two people to make a baby, it does not matter that the woman is the one who has to carry the pregnancy and birth the baby, for the pregnancy to occur at all, both the man and the woman must be in optimal shape.

For that baby to be formed; the sperm must be healthy and powerful enough to swim and reach the egg, after which fertilization will take place, hopefully. So, the man must be able to have an erection, produce enough sperm that are shaped well and smart enough to swim in the right direction, i.e. the fallopian tubes, and fertilise the eggs.

If there is any challenge in any of these steps, then there will be issues with conceptions. This is not something we want to deal with, as we all know that on the TTC journey, it is all about enhancing the chances of conception. So, this post is how men on the TTC journey can enhance their chances of having babies of their own, earlier rather than later. And if you are not actively trying to conceive, you can learn to protect your goody bag till when you need it.

High temperature is dangerous to you 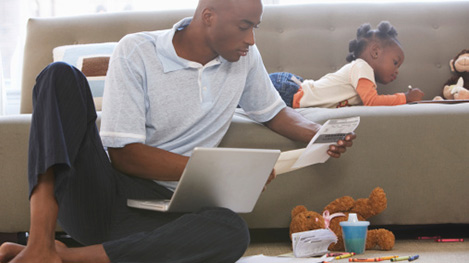 Although, you can term this an old wives tales if you like, it will be a good idea to keep your laptop off your laps when you are working. The heat from it has been found to affect the motility (swimming ability) of sperm, which we really need for that baby to come sooner, rather than later.

While you are at it, avoid putting your cell phones in your pant pockets. The radiation from the phone could do some serious damage to your ability to become a father over time, if it is a regular habit. If you do it, it is time to stop. If not, don’t bother starting, as it will get you nowhere.

If you smoke, cigarettes or anything stronger, then you already have impaired your fertility. Smoking, according to scientists, causes serious damage to your reproductive system as it reduces sperm production and damages your DNA. The Tetrahydrocannabinol (THC) in marijuana, and the many chemicals in cigarettes contribute to lower testosterone levels. 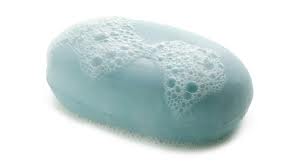 Be careful of what lubricant you use. You could be killing the motility of your sperm. “I had a patient yesterday with a great sperm count, and absolutely no motility [swimming ability],” said a fertility doctor. When he asked a few more questions, he got to the root of the problem. “He was using soap for a lubricant,” and soap was killing the sperm. Why would anyone think of soap as a lubricant anyway?

Studies have shown that a diet rich in antioxidants featuring solid portions of fruits and vegetables (five or more servings a day), will not only fuel your muscles and your gray matter, but can also rev up your reproductive system.

For starters, think, brighter is better. Look for fruits and vegetables in vibrant greens (cucumbers), orange (oranges), yellow (peppers) and red (tomatoes). Just go for the eye catching colours and you are on your way to boosting your boosting your fertility.

It is also advised that you eat oily fish. According to a recent study in the Journal of Nutrition, it found that men who eat a higher amount of oily fish experience a boost in their sperm count by a massive 65%. More importantly, the effect is instantaneous. If you have fish for lunch, it starts to immediately boost your sperm motility that by the time you are ready to sample the desserts at home, you will be rearing to go.

If eating right is to work, they you need to avoid consuming too much alcohol. Already, most women trying to conceive will steer clear of alcohol, to boost their chances of conceiving soon. Likewise, it will be a good idea to reduce the amount of alcohol consumed, or better still avoid it completely. Should there be withdrawal symptoms, remind yourself, why you are doing it. It is definitely worth it.

Attend to other health issues

If a man suffers from other health issues like high blood pressure, diabetes, etc., it is a wise move for these to be under control first, as they might affect chances of impregnating a spouse.

You should also know that some of the medication used to treat the above ailments have effects on a man’s fertility, so, it might be a good idea to talk to your doctor about the effects the drugs you are taking have on your fertility, especially as you are actively trying to conceive.

It might sound like a misstep, given all you really want to do while trying to conceive is have sex all the time, which does not give room for much sleep. But the deal here is this…when you have sex, you feel more relaxed and are likely to sleep deeply. Sleep is important when you are trying to conceive. A lack of sleep can increase cortisol levels in your bloodstream, which has been shown to lower testosterone. Now, we wouldn’t want that.

So there you have it. These are just basic tips that any male, either consciously trying to conceive or not can take into consideration and make lifestyle changes accordingly, to improve their chances of becoming a father at the right time.
You can thank me later.

Wait a minute! Is that a Moustache? – and other shocking...