Funny how it, sometimes looks as if the one major desire we have is exactly what is being placed just under our nose, in that awkward position where our lips can’t reach in for a bite, and our hands are tied, so we can’t even help ourselves.

Hard decisions, tough routes, treacherous terrains that lead to the land of promise…the land of babies for the TTC mom. It is a lonely route, barricaded on all sides by the silence imposed on the journey. One of the hardest decisions to make, when one is trying to conceive is whether or not to terminate a much longed-for pregnancy. Especially if there have been weeks of bonding and connection between the unborn baby and the mom-to-be.

It was a decision that 40-year-old Dunni, alongside her husband, had to make. She is already mom to her 12-year-old daughter, whose father was now her ex-husband, as he found out he was not really meant for marriage. He was too much of a lone ranger to be accountable to someone else. At least, that was his excuse.

Well, Dunni found herself another man, who did not mind sharing his life with her, even though she was a single mom, and he had never been married. So, you can imagine, he wanted a family with the woman he loved.
Getting pregnant was easy, more so, for a woman her age. Her doctor was even surprised that she had no issues with conceiving, but that was where the joys ended. The last two pregnancies she had, had to be terminated at the insistence of her spouse and doctor, as the babies had tendencies to have special needs, if they were left to grow to term.

For reasons Dunni is yet to fully understand, her spouse had always insisted on an amniocentesis, and the screening both times had led to the discovery of the babies’ tendencies to have Down’s Syndrome. So, after several weeks of pregnancy and bonding, she has had to endure an induced labour to evacuate the foetus. Not even the knowledge that she would love this child, regardless of whether it would need her all the days of its life or not, made any difference.

For Dunni, she started wishing she had issues with conception, and did not get pregnant easily, as that would mean that she would not have to go through the agony of being screened for defects, and then the likelihood of it being aborted.

Due to these double evacuations, she started nursing some resentment towards her husband, and even her doctor, who had always been quick to point out to her the numerous cases of children with special needs he had attended to, and how frustrating their parents found it. He had no nice things to say about the joys that these children could bring into the lives of their parents.
On one hand, she understood what both the doctor and her husband were trying to do, but it still does not stop her from wishing she could just have the babies just the way they were; defects and all. 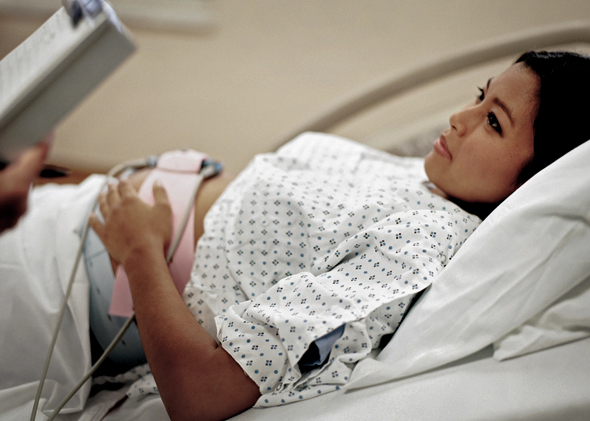 Another time, another woman lamented how she could not keep this pregnancy she had sought and begged God for. It was an ectopic pregnancy, and that woman is a TTC Mom named Josephine, who had been on the journey for 10 years.
And in all that time, she had never gotten pregnant; not with all the treatments, or even the local concoctions that her mother-in-law still brings on a monthly basis, with the advice that; “We don’t know how God will answer our prayers, so we have to keep trying all options.”

The first time she got pregnant was ten years after her marriage, ten years of TTC hard labour. It was a surreal moment, when she discovered that she was pregnant. She felt she was dreaming. Everything was put on hold to allow her enjoy this moment. Her ever-supportive mother-in-law was on hand to render all and any assistance she might need. “Just rest”, became her favourite phrase in those few weeks of pregnancy. Her husband gave her foot rubs, he massaged her back…anything she wanted, she got.

She adopted the pregnancy posture, even though there was no bump. She so wanted that baby, but in the seventh week, she woke up with this very sharp pain in her left lower abdomen. It was a breath taking pain, which made her tap her husband awake, because she couldn’t talk.

She managed to describe the pain she was in, and told him she wanted to go the hospital now. Walking was a struggle, as she was nearly bent over with the pain. Somehow, between mother and son, they got her into the car and headed to the hospital.

There, the tests and scans conducted showed that hers was an ectopic pregnancy; the baby was not in the womb but in the fallopian tube, her left tube to be specific, and was not viable.
The doctor had to explain to her that, not only was the baby not viable, it was also dangerous to her own health, should the tube rupture, especially as the baby was in the left fallopian tube. A condition, most medical doctors do not like, because of the closeness of the heart to that region.

That same day, she got to the hospital, she was operated upon, to evacuate the baby from its position and also salvage what was left of her left fallopian tube. At the end of the day, she wondered how she was going to get pregnant again, considering this was her first pregnancy in ten years, and the fact that subsequently, she would have to deal with the after effects of the ectopic pregnancy.
Josephine was just tired, wondering how long she still has to wait to have her own baby. However, she consoles herself with the knowledge that there are women who had lost both tubes, but still managed to get pregnant.

She knew she was going to have a baby someday, someone was going to call her mom but she did not know when, or how, it was going to happen. Just that it would happen for her and husband and even her staunchest supporter, her mother-in-law. One day, she was going to get to the promise land, regardless of the tough routes and terrain or the decisions she has to make en-route.

Some baby dust for her, and all other TTC moms still on the journey to Mommaland.

When You Are Outnumbered By Your Kids, You Give Up These Things

When You Are Outnumbered By Your Kids, You Give Up These...

Diabetes Quiz – Are You Prone To Diabetes?

Period Shame: Why Are Women Still Embarrassed By Their Period?