One common comment people pass when they are reminiscing is, How time flies. That captures my mood as I write this piece, as I recall the days when I would breathe in the heavenly smell of my babies breathe.

Now, I breathe in the sweat of their underwear to determine who wore which, especially as they wear identical under-wears. Apart from that, I can pull them in to smell them, but it is not the same thing except to reinforce my memory of their smell. Sounds wacky right?

That got me thinking, where did the years go? From tiny tots, who nurse at the same time, to small people who now refer to my bra as my breasts, because after all they had exhausted its usefulness…lol! Kids who were barely knee high, to a boy and girl who reach my bust when standing. From baby talk to clear sentences, making demands and even threatening, I will tell my mummy. I even don’t have absolute control over what I cook any longer. I might say, You will eat whatever I cook and find myself bending to fit in what they would like to eat. Miniature cartoon shoes to almost full sized trainers. Indeed, how time flies!

Children can grow up right under your nose, but you are not aware of the process because you are busy navigating the motherhood terrain, which someone describes as the ultimate road trip without map or brakes. You are probably busy settling quarrels, ensuring they eat right and working for money to care for them, meanwhile your kids are growing up.

I look back on those days when I would tie one twin on my back, and hold the other in my arms, on our way to church. Now, I can’T remember the last time I did that. While, it was raining last Sunday, my seven year old daughter and I were stuck at the hair dresser’s shop, where we had gone to make her hair. I offered to carry her, so we could share body heat because of the elements. After five minutes, she asked that I put her down. There goes my baby!

I thought I might look up some ways that you and I can savour our children’s childhood, because believe me; I’m still working on it and trying to make it stick. Some of these things I don’t do but would like to. Some I do already, so, here we go:

Say I love you and mean it

I don’t do this all the time but when I do, my kids, especially the younger ones, will smile and say I love you too. I wish I could do this more often. Because the time will come, when I won’t hear it every day, not for anything but because they will be too busy running their lives.

This one, I do all the time. I love hugs and their smells. The more, the merrier. It was on a motivational tape that I heard it said that, even if your children greets in the traditional manner, you should still allow them to hug you. that connection helps a lot in your relationship. I’m even thinking of asking them to sign a contract that allows me hug them every time, all the rest of my life. How does that help? I’m creating memories.

Enjoy the tantrums too 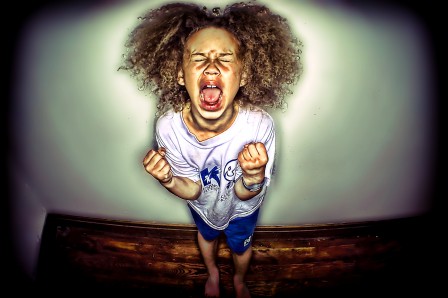 My older daughter can start tearing up at the slightest provocation. What do I do? Once I determine that nothing serious is the matter, I ignore her, but her three year old sister is the drama queen. She flings herself on the ground and starts rolling. I clear the space of anything that might harm her and go out. An actor requires audience. When none is available, it is surprising how fast the tantrums dry up. Maybe I should reconsider that, after all some few years down the line; no one would be throwing tantrums, at least not of the current kind.

While my kids may be pros at taking pictures of themselves, me, and their environment, which sometimes turns out interesting, all of these with my phone, I always have professional pictures taken of them at their birthdays. And you know what? Every year, the poses changes; from the kids who were once afraid of the camera, crying babies, to the shy poses, to the last one, which saw my son posing with his arms folded across his chest and a mischievous smile on his face. His sister had her arms akimbo and presented a side profile for the camera.

Stop trying to fix everything

And this is from a mother, who thinks of wrapping her kids in a protective shield which will allow them do only what she wants; who tells them not to play outside. But you know what? When I don’t fix everything, I provide the kids with opportunities to exercise their mental muscles, in fixing that problem. They explore the world and bring feedback, good and bad.

I’m not doing all yet but I’m reminded to work on it every day. Remember, you are stronger than you think 🙂