As some of your know, we have been doing the rounds, visiting some of the major fertility clinics around (Check the Clinic Review thread for more) and I must confess, that we have had some eye opening conversations, especially for me, being almost a newbie in this fertility business. It was at one of these clinics, I heard about the pre-implantation genetic tests that could be done, in addition to IVF, which in the end, boost the chances of conception of a woman.

I was still ruminating on these tests, and thinking of what to do with the piece of information I now had on it, when I met someone online, who was actually contemplating, scratch that, she is doing it as soon as she sorts out the financial ends of things.

My first impression of her was a very gentle soul, easy going, and amicable until, she opened her mouth. Instantly, I knew she had lost her innocence. This lady whom I would like to call Linda was suddenly talking infertility lingo, and with so much substance, I definitely knew that infertility had happened to her. I’m sure, she did not know the woman she turned out to be was lurking inside of her; TTC turned her into a warrior queen, a fighter mom.

Hers was a case of unexplained infertility. Everything was fine with and her spouse, but they were just not getting pregnant. In the four years she had spent on the fertility treadmill, she had gone through three five failed IVF cycles, and several miscarriages. She was still without a baby when a doctor mentioned in passing that Pre-implantation Genetic screening could help her.
Say what?  “Why have you not told me about this procedure all this while?” She asked the doctor. The doctor replied that it was because they did not offer the services, and that very few clinics are capable of doing it in Nigeria.

Not to about to be put off, especially not when hope loomed for her to finally find out the reason for her unexplained infertility, and then hopefully go on to have a successful pregnancy, she scouted the fertility scene looking for fertility clinics that could help her. She found one, but the cost was prohibitive and meant a longer wait for her and her husband, but she is definitely giving it a try as soon as she is well able to. 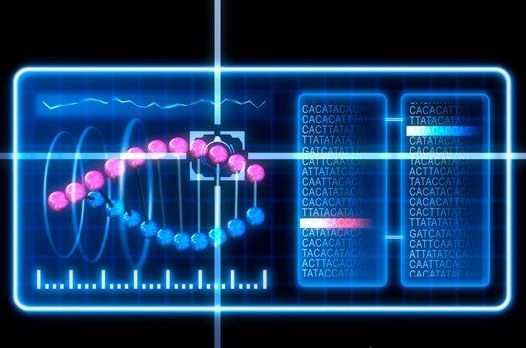 With Linda’s help and some digging I made, below are some of my findings concerning Pre-implantation tests.
Of what value are these procedures, that Linda is bent on having one of them? For starters, what do they mean? Pre-implantation Genetic Screening (PGS) and Pre-implantation Genetic Diagnosis (PGD) are screening processes designed to increase the chances of a healthy embryo implantation. PGS screens for extra, or missing, copies of chromosomes, while PGD looks for single-gene defects that may lead to genetic disorders in the embryo.
According to a Melissa Maisenbacher, a genetic counselor, PGS can provide couples dealing infertility with valuable genetic insight. With this screening, couples are able to look out for chromosomal abnormalities, and prepare for conditions like Down’s syndrome.

Also, couples who have a family history, or are at risk of chromosome abnormality, are ideal candidates for PGS, but so are couples that have had multiple failed pregnancies, as is the case with Linda and her spouse. The screening would be an opportunity to find out what the reason for their inability to have kids could be.

Besides that, Pre-implantation genetic screening can also be used to help infertile couples learn the reason behind their infertility. Most people don’t know why their embryos either aren’t implanting, or are resulting in early losses, until after genetic testing. Especially for couples dealing with unexplained infertility, PGS can supply some much needed answers.

For individuals with a family history of single-gene disorders like sickle cell anemia, PGD might seem like the obvious solution. But you may want to think deeply before spending so much on PGD to assess embryo risk. Because, according to Maisenbacher, most couples are not often at risk for single-gene disorders. Most individuals are actually carriers of between four and six different genetic diseases, but their partner might not be carriers of the same genetic diseases. And, in the case of most single-gene disorders that PGD is done for, both parents need to be carriers in order for there to be a risk to the child. Like the case of couples who are both carriers of the sickle cell.

PGS helps with embryo selection. IVF embryos are “graded” to help pick the best for transfer. While it might seem obvious to go for mostly grade A embryos, low grade embryos also have the potential to result in a successful pregnancy.  However, the fact is, while there seems to be a relationship between embryo grade and chromosomal abnormality, the factors don’t necessarily correlate.

The genetic counselor noted that there have been couples who transferred really low grade embryos, and have a successful pregnancy after knowing that that embryo was chromosomally normal.
So, those are the reasons my research revealed are why some couples opt for this Pre-Implantation screening. In some cases, it makes all the difference in the world, whilst in others, well…it doesn’t.

Here’s wishing Linda, and everyone else on that path, all the very best!

Giving Up Favorite Foods: A PCOS Girl’s Journey to Discipline