I have always had a sweet tooth, and now my kids have caught the sugar bug. We eat plenty of sugar in my house. I’m trying to cut down on it, but it’s not working as it should, because I’m not leading by example. However, once in a while, I just go on a sugar fast, which works well until I begin to crave those things that I add sugar to.

As part of my junkie second pregnancy, chocolates were one of the things I binged on. That was when I discovered the double joy of the Snicker bar; a chocolate and peanut bar of deliciousness. And Twix…and the coconut filled one, Bounty. Till now, no trip to the mall is complete without me getting myself a bar. My husband’s godmother travelled around the time I was pregnant, and she came back with loads of chocolate, in miniature sizes, supposedly for the kids, but I can tell you, I ate more of the chocolate than even the kids did. I was rationing it with them, but as soon as they were off to school, my jaw started work on the stash of chocolate that was at home. They were my snacks, and I ate plenty!

Between my Egusi soup and garri , and the chocolate, I felt really good, but sometimes worried if I was doing the right thing. Most times though, I just couldn’t be bothered; the bump got whatever it desired! Shikena.

However, recently, I had cause to look back and think about this chocolate business and pregnancy. A member of my church, who is in her last trimester, was prompting a fellow preggy mom (who has now given birth) to eat some of the chocolate she always had in her handbag. I was not paying much attention to them, as we were in a meeting, but when she said, “You know, you need to add weight, and it makes you feel good, so abeg eat some.” I blinked, looking at both of them, made a shush sound, but I might not have existed, for all the attention the pregnant moms paid me.

It was later that I went to the main culprit, and asked her why the chocolate craving, and her response was simple, “It is all I have been craving since I clocked 27 weeks, and I have been telling every body, both here and abroad, and they have all obliged, especially the man who put me in this condition.” It got me thinking, there must be some benefits to chocolate, especially while pregnant, in spite of concerns over caffeine, sugar and fat. Lest I forgot, by the next service, the other preggy mom, who was given a taste of chocolate, had become a chocaholic. You need to have seen them giggling, comparing and swapping chocolate. I’m fairly certain they did not hear the sermon that Sunday; okay, even I did not hear much of the sermon, as I was distracted.

That scene was still tossing in my head, and I was wondering what I was going to do about it, when I stumbled on this study on pregnant woman and chocolate. The study discovered that eating 30g of chocolate every day during pregnancy may benefit fetal growth and development. This made me pay attention, all the thoughts tossing at the back of my mind became clear, and I knew I had to share with you. The conclusion of this new study was recently presented at the 2016 Pregnancy Meeting of the Society for Maternal-Fetal Medicine in Atlanta. So, it’s pretty hot! 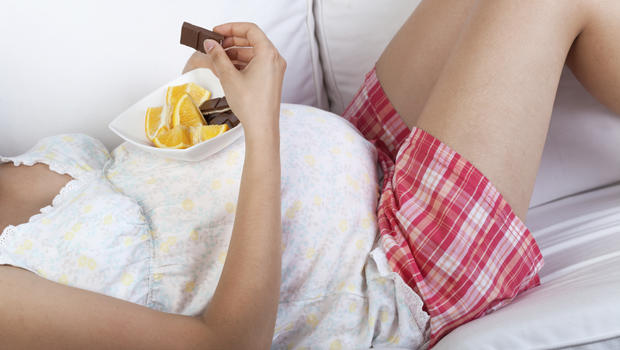 There are many benefits that may come with moderate chocolate consumption, however, chocolate contains flavanols – a type of flavonoid – that have been linked to a reduced risk of cardiovascular problems, and lower cholesterol; the darker the chocolate, the more flavanols it contains. Even before this study came out, there have been studies which show that moderate chocolate consumption during pregnancy lowers the risk of preeclampsia – where the blood supply to the fetus is reduced due to the mother’s high blood pressure.

The study, which was headed by Dr. Emmanuel Bujold, of the Université Laval Québec City, Canada, enrolled 129 expectant mothers with a singleton pregnancy, who were between 11-14 weeks’ gestation. The expectant mothers were randomly asked to consume 30g of either low- or high-flavanol chocolate daily for 12 weeks. At the end of the day, the researchers found that there were no differences in preeclampsia, gestational hypertension, placental weight and birthweight risks between the low- and high-flavanol chocolate groups.

However, the researchers identified a significant improvement in uterine artery Doppler pulsatility among both chocolate groups, suggesting that both low- and high-flavonol chocolate may benefit fetal growth and development. Now, apart from these benefits, what other benefits can a pregnant mom get from eating chocolate in moderation? Here are a few: 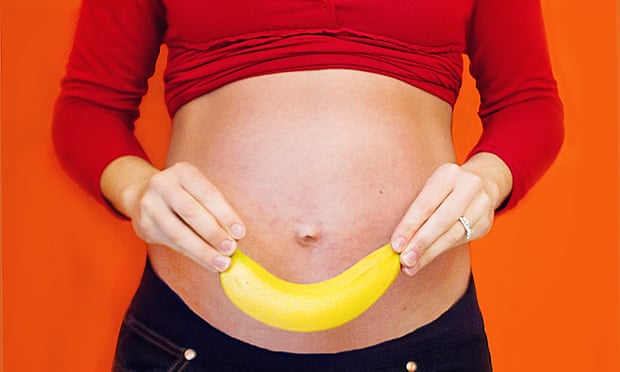 The expectant mothers who snacked on chocolate during pregnancy report that their babies are lively and happy. The babies also respond well to new situations as compared to the babies of women who did not eat chocolate during pregnancy. And this result is linked to the chemicals contained in chocolate, particularly phenylethylamine. It is believed to be passed on from the mother to the child in the womb.

Chocolate relieves stress
Now, this is the main reason for my snacking on chocolate. The bottom line is chocolate is comforting and can no doubt improve a pregnant woman’s mood, from a tetchy woman to a woman with love flowing from her. However, anything in excess can be harmful rather than beneficial. So, pregnant women should consume chocolate in moderation.

Chocolate has iron, magnesium and other nutritional contents

Some of the nutrients that a pregnant mom needs are actually present in chocolate. Some of these nutrients include magnesium, which is known to help significantly with fatty acid metabolism. Women can benefit from these nutrients contained in chocolate during the duration of their pregnancy.
Now, you have more reasons to indulge in your chocolate, and if you have got some left from Valentine’s Day celebration, don’t eat it all, at least not in one go. Just think, 30g daily or moderation. On a last note, did you know that, in ancient Mayan civilisation, chocolates were seen as a fertility beverage, and women were encouraged to indulge in it.

Enjoy your 9-month journey and all it brings.