Winnie had always had a sweet tooth; like the kind that was beyond normal. Her cup of tea back then, had to be accompanied with at least three cubes of sugar. Her refrigerator in the university was always stocked with all sorts of sweet treats, and needed refilling weekly because dear Winnie did not play with her cookies, biscuits, chocolates and soda. Naturally, she was on the big side, and suffered severe acne breakout; but everyone attributed it to her unhealthy eating habits. One semester, she had a pregnancy scare that nearly drove her nuts. Her period was about three weeks late and she couldn’t figure out why, because she was sure she had not had sex. She did a strip test which came out negative, but those she opened up to, advised her to do a proper lab test, citing that strip tests are not usually 100% accurate. Girl was too scared to try, and decided to wait for her fate instead. She calculated and calculated the last time she had sex with her boyfriend, and was sure she wasn’t supposed to be pregnant.

A couple of weeks later, her period did show up and thus began her irregular periods journey. Winnie never knew when to expect it; it came when it liked, and usually when she least expected. Most times it skipped a month, and if she did her calculation, some of her cycles were 41 days long. Some of us were worried when she made mention of it so casually one evening, while, we were watching a movie together in another friend’s room. This friend had paused the movie in order to change her sanitary pad, and Winnie said passively “Thank God I don’t have to deal with having my period every month”. It led to a conversation, which had everyone citing how long, or short, their periods were, and we actually called Winnie ‘lucky’; if she saw her period this month, she was sure to have a break the next month. We all thought we could do with a break from the monthly flow.

In our final year, Winnie got engaged and started attending Pre-marriage course. In one of those classes, someone told her she was too old to be having severe acne breakout, and Winnie responded “Oh, I know that. It’s my addiction to greasy food that has made it difficult to outgrow it” The lady still had a concerned look as she said “Maybe you need to see a doctor, it might be more than just a greasy food problem”. Winnie happily shut down the conversation and came to the hostel that night to lament about women not minding their own businesses. As fate would have it, when they went for medicals, the doctor was also concerned about her severe acne and asked Winnie lots of questions, that led to him highlighting his suspicion that she might have PCOS, and recommended comprehensive testing, to be sure. That was Winnie’s official introduction to Polycystic Ovary Syndrome, and yes, it turned out that she was indeed a PCOS girl. 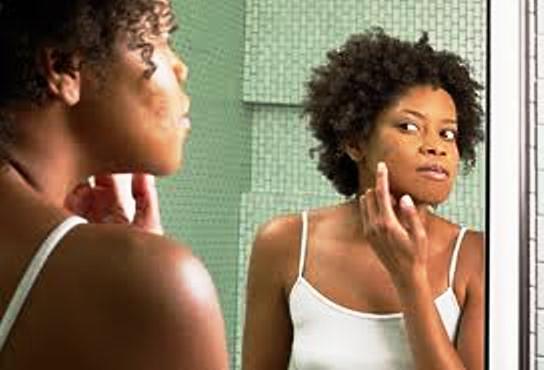 Being the casual carefree bird she was, Winnie didn’t bother to Google the condition PCOS, but simply went on with the different blood tests her doctor recommended. In her naive mind, PCOS was probably an infection that would go away with a prescription and some injections. Her jaw dropped when the doctor told her that, in addition to the medication she was given to treat her specific PCOS manifestations, she was going to have to make a lot of lifestyle changes, especially with respect to exercise and diet. Diet??? The doctor didn’t stop there; “You are going to have to stay away from white bread, white rice, white carbs in general, soft drinks, candy, ice cream, processed food, fruit juices, and chocolates…to name a few”. Winnie thought she was going to cry; how could she stay away from the foods that had kept her going. “If I am on medication, why do I need to cut off all of these?” she asked with tears in her eyes and a broken voice. “One of your manifestations is insulin resistance and impaired glucose tolerance” the doctor told her “Your high sugar intake has not only affected your insulin levels, but also hindered ovulation. The Clomiphene would help, but you just have to cut off all these carbs”.  The doctor continued with a long list of foods she was to avoid, which included caffeine drinks, butter, fries, chips, muffins, pies, alcohol, and fried meat. Winnie came back to the hostel a very sad woman that day, and indeed wondered how she was going to survive.

The very foods she was advised to start taking where those she didn’t fancy at all, like vegetables and fruits. After the initial disappointment and depression, she rose to the occasion and gave her refrigerator a thorough cleanse, giving away all her sweet treats. It was like a love feast in the hostel that day, and as she handed out the sweets, she told everyone “You guys have to buy fruits for me oh. Wherever you see any nice fruit especially apples and grapes, please buy”. A few of our friends and I stayed in Winnie’s room that day; we had nothing else to do and wanted to see what she was going to eat. For breakfast, she had a huge plate of avocados. Lunch time, she ate sweet potato porridge and then, for dinner, she had fresh fish pepper soup. Of course, there were moments she complained and was practically twitching for her regulars, but with the encouragement and support of everyone, she made it through that first day.

There was no proper gym around school, so Winnie took to jogging. A lot of us in the hostel wanted to lose weight anyway, so we all joined in on the evening jogging. By the time we defended our projects and left school, Winnie had successfully dropped 10kg. She still had to lose 15kg to be within the healthy BMI range, but her periods had regularized, and her acne was disappearing. It was tough, trust me! There were days when she would cry because she was craving sweets. To encourage her, the people closest to her, myself included, ensured we didn’t eat any sweets in her presence, and we all tried to also eat healthy, just so that we would support her journey. For us, it was something we did to stay healthy and to support a friend, but Winnie saw it as the only way she could achieve her dreams of being a mother. She went home with us and began wedding plans in earnest. By the time her wedding day came, she was five weeks pregnant. Even though she has two kids now, she still maintains the discipline that her PCOS journey taught her. I still find it amazing that Winnie can stay two weeks without eating a plate of rice, but I guess, favourite foods are only a thing of the mind!

It is PCOS month ladies! Much love to all soul cysters out there!