The following Sunday, immediately after Church, we drove to my parents’ house in Festac. On the long drive there, I was so excited about telling my Mom, and couldn’t wait to see the look on her face. Yes, we had just shared similar news with her only a few months before, but this time, it just felt right! I don’t know how to describe it…but it just felt that this was pregnancy would be the sticky one!

Imagine after all the anticipation, we got there to meet my older brother, Phillip, and his girlfriend, Akunna (whom I don’t get along with, by the way). She and my brother had been dating for almost 10 years, and she had been throwing her weight around the place for almost the entire duration. At the time she started dating my brother, she and I were undergraduates at LASU. We weren’t friends per se, but we used to see each other around campus, and had a few mutual friends. Imagine my disgust when this girl, my age mate, just because she was dating my older brother (and I use the word older loosely, as only 18 months separate us), now felt she had the authority to boss me around…sending me on errands anytime she visited, and generally acting superior.  At first, I ignored her, but one day, it reached boiling point, and we had almost come to blows, if not for the timely intervention of our neighbours. That had happened about 7 years ago, and our relationship had remained frosty ever since.

Well, it turned out that Akunna was no longer a girlfriend, but now a fiancée. Cue eye roll!

I couldn’t even steal my Mom’s attention for a second, as she was so excited that her older son was finally settling down, that all she wanted to do was strategise with her new daughter-in-law-to-be about when, and how, to approach her family. Talk about thunder stealing.

I was soon able to drag my Mom to her bedroom, and finally was able to share our good news! “Oh, thank God!” was her less than enthusiastic response “Let’s pray hard that this one stays!” and with that, she patted my hand and left the room. I sat, glued to the spot, for several minutes. No, that didn’t just happen. I chased after her as soon as I had regrouped.

“Mom! Did you hear what I said??!” I demanded, in a tone higher than I would have liked, which made everyone in the living room look up. “I heard you, Faith! I heard you! And I thank God! But instead of rejoicing, let us fix our knees permanently on the ground, and beg God not to take this one away!”

I couldn’t have felt more deflated. By this time, there was no hiding the information, as everyone in the living room now knew what we were talking about. I went to sit beside my husband, whilst trying to wrap my head around what had just happened. I was so upset that, if was up to me, I would have left for home immediately. But Patrick, my husband, chose to hang around and make small talk.

I was lost in my thoughts, so I didn’t notice Akunna take a seat beside me. “Congrats, Faith!” she said kindly, placing her hand on mine “I’m so happy for you!”. I was so shocked that I was rendered speechless for a few seconds. More shocking to me was the fact that she seemed actually sincere. I soon recovered enough to thank her, and to congratulate her on her engagement…and for the first time in years, we proceeded to make small talk about wedding planning, and other mundane things.

“Don’t be too hard on her” Patrick consoled, as we drove home “It’s probably her own coping mechanism. Remember how badly she took it the last time?” He was talking about my Mom, and he was right. She had not taken news of the miscarriage well at all. But still, that didn’t justify her lukewarm response to news of this pregnancy.

When we got home, I overheard Patrick telling his parents about the pregnancy, and I could even hear his Mom’s screams over the phone. Now, that was how a Mother was supposed to react! 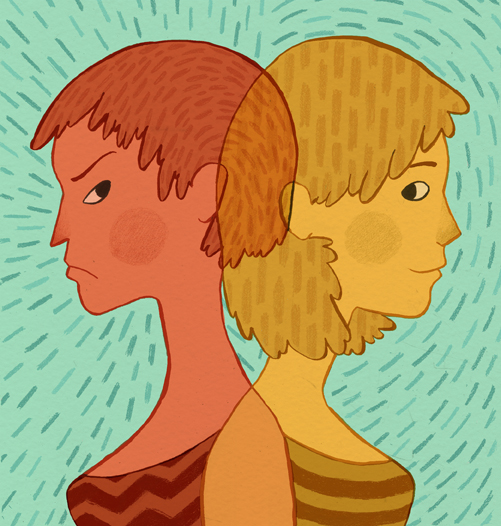 Maybe it was because of how upset my Mom had made me, or maybe it was the pregnancy hormones kicking in, whatever the reason, I didn’t sleep well at all. It took everything in me to drag myself out of bed, when my alarm went off. I was tempted to call in sick, but decided against it. There was no use wasting sick leave so early in the pregnancy. There would probably be days when I would need it way more than now.

Patrick drove me to work, as there was no way I could face that Lekki expressway traffic on my own. We drove in silence, as he could tell that my mood was about as bright and sunny as a rainy day.

I had barely settled in at work when my phone rang. I stared at the unfamiliar number on my screen, and toyed with the idea of ignoring the call. In the end, I decided against it, and clicked the ‘Receive’ button. Imagine my shock to find out it was Akunna! Na wa oh. One evening of chit chat, and she was already forming besto!

“Hi dear…I just thought I should check on you” came her voice, which sounded far more chirpy than was natural for her. Hmmm, something was definitely up. “Thank you” was my terse reply.

When she realized I was not in the mood for idle chat, she decided to go straight to the point. “I was so happy to hear that you’re expecting” she continued, with what I was surprised to realize was nervousness in her voice. “At least, I’ll have a partner.” Huhh??? My eyes cleared immediately.

“A partner??” I repeated in shock. “Yes oh” she laughed nervously “Phillip and I are also expecting. But we haven’t told Mommy yet. I was…errmm…I was kind of hoping you would accompany me to tell her.”

Accompany ke??! My Deaconess mother??! Ha! She would need to rally stronger forces to accompany her on that mission oh…probably starting with the Pastor of my Mom’s church…and maybe even Bishop sef! My very Christian Mother would damn well lose her mind if she found out her son, her first son, had gotten a girl pregnant outside marriage! It didn’t matter that the said son was in his 30s, or that he was already engaged to the woman in question.

Serious yawa was about to gas!