Nwando has NEPA, abi PHCN, to thank for my attendance at her shower.

The minute we got home from the airport, I had barely been able to take off my shoes, before collapsing in a heap on my beloved bed. Oh how I’d missed that bed! By the time JJ brought the special breakfast of fried yam and eggs he’d made me, I was fast asleep.

But then NEPA had struck…and apparently, our generator had given up the ghost in my absence. The ensuing heat that descended on me was something on a completely different level!!!

Before long, I was clad in only my underwear, but still, the sweat was gushing out of me like a tap. I found myself rolling and tossing on the bed, the discomfort almost suffocating me.

“Take it easy, Faith!” Patrick retorted, seeing me reach for the hand fan, for the umpteenth time. “Ten days in London, and you can no longer stand Naija weather!”

I glared at my husband. I had completely forgotten how annoying he could be.

“You don’t think the fact that I’m PREGNANT might have anything to do with it!!!” I snapped.

He kissed my forehead, and grabbed my hand fan. “If you say so. Don’t worry…I’ll fan you.”

Looking at the clock, I saw that it was almost 3pm. Rather than struggle with sleep that had obviously taken flight, I reckoned I might as well attend Nwando’s bridal shower after all.

So I’d had a shower, gotten dressed, and forced Patrick to drive me to the house in VGC, where the shower was holding. That was his punishment for making fun of my discomfort.

By the time we got to the venue, from the number of cars parked outside, I knew I was criminally late. Patrick decided to while away time at a friend’s house nearby, so I walked into the compound alone. I was ushered to the back garden, which had been beautifully decorated with bridal shower paraphernalia. Oddly, I noticed that the ladies were seated in two groups; there was a group that seemed louder and more active in the activities, and another group with ladies who just sat awkwardly. As the vacant seats were only in the second group, I found myself migrating there. 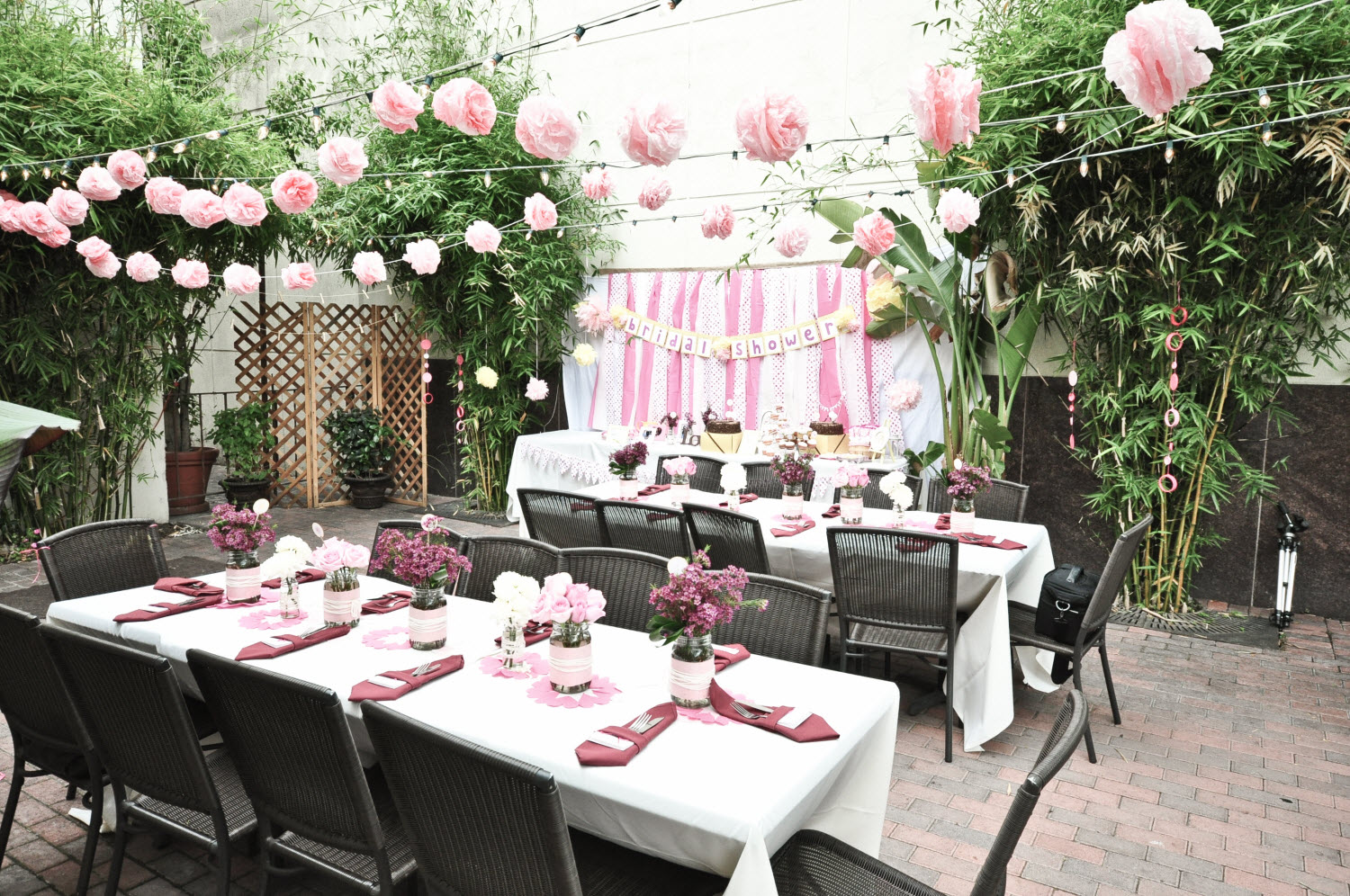 Nwando saw me, and her face lit up, as she waved. I waved back, and wondered why she’d looked so uncomfortable before. I was soon to find out why.

“So Nwanne’m, I hope you have heard everything we have said!” came a voice from the louder group of women. “You know you have already wasted so much time…”

“Too much time!” chimed in another woman. “In fact ehn, when I heard that Nwando was finally getting married, I screamed ‘AT LAST!!!!’ Even my husband shouted ‘AT LAST!’”

Nwando’s smile was strained and forced, and I knew she was holding back from saying something caustic.

“You have to drop those children fast fast fast fast!” the first woman continued. “Inugo? No time to waste! You are already starting so late!”

“It’s not about how soon, but how well!” said a lady from my group, who was just as aghast as I was over the other insensitive group.

That was when I realized what the segregation was. The louder, and should I say ruder, group were Nwando’s longtime friends, and the other group (which I had inadvertently joined) was made up of her work colleagues, and people who’d met her in only the last few years.

“Who said it’s not about how soon?! You must be a dreamer! You think it’s ideal that she is getting married at an age when none of her friends can be a bridesmaid?! Is it me, Nkeiru, with my first born almost in University, that will start wearing a froufrou dress, to chase her train up and down? All of us her close friends have teenage kids, and none of us is able to do that nonsense!”

“Well!” began the lady in my group, who seemed very ready for them. “My own kids have already graduated from University, and I would have gladly been a bridesmaid, if I’d been asked!”

Rather than see the lady’s point, the women in the other group started laughing.

“Look who is saying ‘it’s not about how early’!!! You are wicked oh! You obviously started early, but yet you are here trying to deceive her.” Nkeiru laughed.

“Guys, guys, guys…please! There’s no need talking about the timing of my marriage! It has happened, it has happened. I didn’t marry early. Okay now, we have heard! Can we just move forward from that, and discuss other things?!” Nwando lamented, before turning to the lady in my group, and mouthing an “I’m so sorry!”

“Okay, no problem. But I have to make my point first!” Nkeiru insisted. “What I was trying to say,” she turned to glare at the woman in my group, “Before I was rudely interrupted, is that you need to have a baby FAST!!! Nne, you are already very late oh! As you are now, by the time your child is 10 years old, you will be almost 50!”

Chimes of ‘Ewo’ and ‘Chai’ rang from the other group, and I found myself exchanging shocked glances with the women in my group. Were those other women for real?! I decided to reclassify the groups after all. While my group had the more civilized women, that other group was definitely made up of her frenemies.

And they only just went on to confirm my thoughts.

“But what were you and Obinna waiting for all these years?!” another woman exclaimed, from the Frenemies group. “You two have been together since before Sam and I met, and we have been married almost 12 years!”

“We broke up for a while…” was Nwando’s frail response.

“Biko, shut up, Nwando! Keep quiet!” Nkeiru exploded. “I blame you! You were there doing ‘my career, my career’, instead of choosing to settle down and get married! Ifugo now, you are starting when your mates have long since forgotten about childbearing, and are preparing for the next phase of life!”

“Okay, I think I’ve had enough of this!” a lady from my group exclaimed. “Nwando, is this a bridal shower or a personal attack?!”

“And what do you mean by that?!” Nkeiru snapped. “Can’t you look around? Does it look like anything but a bridal shower? Don’t you have eyes to see?”

Aha. I deduced that she was the hostess.

The lady in my group smiled. “Yes, you have done a great job in decorating the place…”

“All these decorations you see here cost me over $500!!! And I spent over a hundred thousand naira on the food and refreshments, so don’t tell me nonsense!” Nkeiru shouted, clearly enraged.

“Maaaadaaam!” the lady in my group replied, laughing. “Nobody is asking how much you spent!!! You might have spent a million naira, but you have created an extremely negative atmosphere! Look at the bride, does she look happy?”

Everyone turned to look at Nwando, who looked anything but happy.

“And Nwando darling,” came another voice from my group. “Don’t let anyone make you feel bad about building a great career! You have done very, very well for yourself!”

Nkeiru laughed. “Coming from a woman who has been married for years, I’m sure!”

“Actually, I’m not married,” the woman replied. “And I turned 40 a few weeks ago. But I’m a Senior Vice President in my company, and earn in a month probably five times more than your annual housekeeping allowance!”

I had to shade my eyes at the shade!!! Meehn! In those days, I would have said isho!!!

“Thank you ojare, Vivian!” came another voice from my group. “Nwando, it’s because I love you that I have sat through listening to this rubbish from your so-called friends! What does it matter how long it took for you to get married?! Isn’t this gathering supposed to celebrate you?” then turning to Nkeiru. “Madam hundred thousand naira snacks, do you even know what a bridal shower is? Or had they not been invented when you had your own wedding, considering you got married so many years ago?!”

I had to shade my eyes again. My women were now on fire.

“There have been no games, no nothing!” another woman complained. “Madam Hostess, do you even have a gift for the bride? Or did all your allowance go into your so-called snacks!”

By this time, Nkeiru was red in the face. “I don’t blame you! I don’t blame all of you! Nwando, you see these your friends?! Is it because I didn’t ask any of you contribute a kobo, and chose to host you from the bottom of my heart?”

“Madam, please, you should have taxed us! I would gladly have contributed to be able to eat better quality food!” a member of my group chimed in.

“And what kind of boring cake is that?!” another one pointed at the basic, round, cake on the table. “Are we at a birthday party, or a bridal shower? I would have happily brought a more suitable cake!”

Nkeiru rose to her feet. “Nwando, I’m not having any more of this! The girls and I are going inside. You can join us if you want, or sit out here with these bunch of frustrated spinsters! Your choice!” and with that, she, and the rest of the mean girls, had stormed into the house.

The girls in my group looked at Nwando expectantly, wondering which group she’d choose.

“Does any of you have any games?” she’d asked, with a smile.

And that was when the real bridal shower started. A few ladies were able to pull up some fun games from their phones, and we had such a blast. Once in a while, the women inside would peep through the curtains, especially whenever we exploded into loud laughter. But none of us could care less. After about an hour, Nkeiru’s staff had asked us to leave the compound, and we all reluctantly rose to our feet. Then someone had the idea to move the party outside, to the street, and another person decided to clear every crumb of food, and drop of drink, not to mention the boring cake, from the refreshments table, to our street party. And there, on the hitherto quiet VGC street, we talked, ate, laughed, danced to music from someone’s iPod speakers, presented her with our gifts, and gave her advice.

“Thanks so much for coming!” she said, hugging me, as Patrick drove up to pick me up.

I hugged and kissed her, and promised to see her on Wednesday…her wedding day!

“Did it turn into some kind of street party?” Patrick asked, perplexed as he watched the ladies dancing and gyrating on the street.

It was definitely the strangest, but best, bridal shower I’d ever attended.

Which Makes A Mother? C-Section Or Vaginal Birth

Protected: The One! 6: Multi-Weather Woman