I think I left the hospital feeling worse than when I got there.

I barely slept at all last night. I just kept tossing and turning, thinking of how poor Ejiro would be feeling at that very moment. Her baby gone, just like that!

As soon as it was bright enough, I had prompted Patrick to start getting ready. I had sent an emergency text to my doctor last night, and he had agreed to see me early this morning. Left to me, I wouldn’t have bothered going to work today, but as I will be away for the whole of next week, I didn’t think it wise to take any further liberties…considering all the time I have taken off already.

We arrived the clinic by 7.30am, and luckily only waited about 10 minutes before the doctor arrived. After a scan, and physical examination, he had assured me that I was in excellent condition, and that he didn’t see any need for a cervical stitch. I had begged, pleaded, and cajoled, but he had maintained his stance. And that annoying husband of mine, instead of helping me, actually started agreeing with the doctor.

Seeing that I was outnumbered, I tearfully threatened the pair of them with all the wrath I could muster if anything happens to my baby. And as Patrick and I made the rest of the drive to Victoria Island, I was so furious by his betrayal, and wondered why I hadn’t even taken a taxi from the office.

And he was still talking!

“Sweetie, if the doctor doesn’t see the need for the cervical stitch, then there’s no need for it. Let’s not panic over nothing.”

Over nothing? Over nothing?!! From everything I read online last night, a lot of miscarriages arising from having an incompetent cervix did not give any warning beforehand! Getting a cervical stitch was us being proactive, and not waiting to learn from experience! I didn’t think my doctor was taking this as seriously as he ought to, and started toying with the idea of getting a second opinion.

I don’t know how I managed to make it through the work day, but I did…somehow. From the taut frown I wore all day, everyone had been wise enough to just back off, and leave me be. Even Ebika had retreated, when she saw that my mood was darker than night. I was not in a good place at all.

By the time it was 4pm, I knew that I had to talk to someone…and there was only one person who came to my mind. Diana.

Retreating to the toilet, I had called her on my phone. She had been pleasantly surprised to hear from me…but that surprise had soon turned to shock, when I started crying. I hadn’t realized how much emotion I had pent up inside of me. As soon as I heard her voice, everything came pouring out. She had promised me she would come over immediately…and true to her word, she had. In less than 30 minutes, she had picked me up, and we were on our way to her flat in Oniru.

Walking into the flat, I was pleasantly surprised by its opulence. It’s one of those lovely serviced apartments, with a nice view of the ocean. Very, very nice indeed! Yes, I knew that she was earning a good living, but this was even more than I expected. When she saw the way I was admiring the place, she let me know it was one of the pieces of property she had inherited from her late husband, and I couldn’t help but be even more impressed. 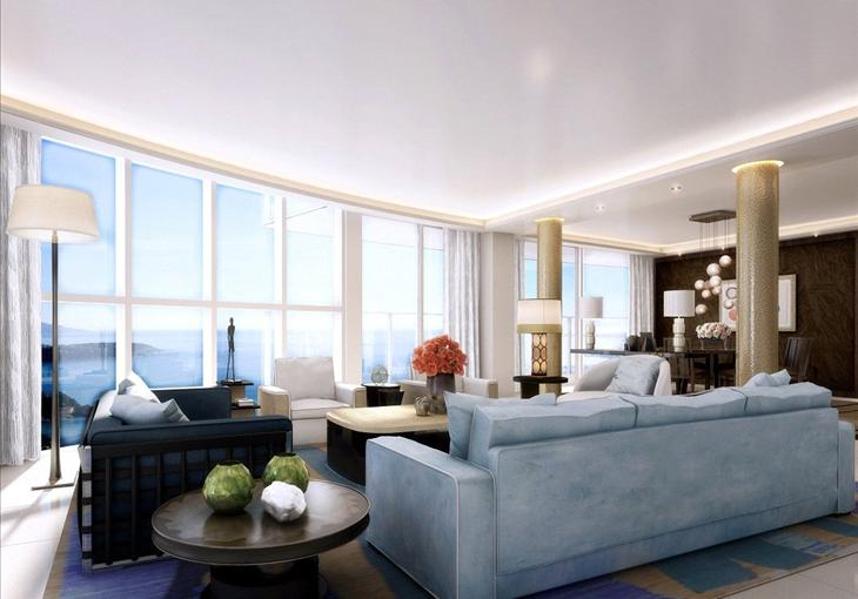 Sitting in her living room, I poured out my heart to her, about the fears I had had in this pregnancy, especially in light of my earlier miscarriage. I told her how my heart had been in my mouth for the first 9 weeks of the pregnancy, as I was worried I would lose it as well. Heck, even my own Mother had chosen not to get emotionally vested, until I crossed what we all considered the danger zone. And now that I was beginning to relax and enjoy my pregnancy, someone close to me had lost her pregnancy at 22 weeks…in what I considered the home stretch.

Diana had listened, without interrupting, after which she had placed her hands over mine, and told me how, even though she suffered many miscarriages (I almost fell off my seat when she said there had been 12 of them! Twelve!!!), with every pregnancy, she always tried to remain hopeful that it would have a better outcome than the last. She had realised early, that living in fear was robbing her of relishing the magical experience of pregnancy, and she had decided to have an accepting heart, whatever the case, every time. My heart broke for when she told me about the one that had been hardest to bear…with the pregnancy that had progressed the furthest. At 33 weeks, it was discovered that her baby had already died in utero.

“Faith, even with my so-called stitch, I still lost my son!” she had said, her voice trembling slightly. “The hardest part was having to go through labour…to deliver my dead baby. Holding him in my arms was the worst heart break I had ever experienced.”

That had been the last of her miscarriages. After that one, her late husband had identified a specialist in London, and they were scheduled to see him when they travelled for Christmas of 2005…but her husband had died a few weeks before.

“Faith, there are no guarantees in life.” she continued “That you and I are sitting here, healthy, is by the grace of God! All we can do is try our best to stay healthy, and leave the rest to God. You are in good health. Your doctor is satisfied with your progress. Don’t borrow anxiety that you very well may not need. Having a cervical stitch will not guarantee that everything will be perfect with your pregnancy. The same way not having one doesn’t mean you will lose your baby.”

It was a penny drop moment for me. I realized she was right. I have been feeling great, and without a trace of all the sickness and weakness that plagued my 1st trimester. I now realize that, instead of panicking and worrying over nothing, I need to be more grateful to God for how far He has brought me.

By the time I got an irate call from Patrick (I had completely forgotten to let him know I had already left the office), I was in a much better place. Giving him directions to Diana’s place, I was filled with renewed hope.

No more panicking or worrying. It’s in God’s hands now!