It is said that the vagina practically takes on a life of its own during pregnancy, but that is not surprising, given the enormous job it has to do at the end of the nine-month journey. Also, vaginal discharges are normal before, during and after pregnancy, in fact, medical experts note that an increase in vagina discharge is one of the earliest symptoms of pregnancy.

Another thing that affects vaginal discharge during pregnancy is any change to the cervix. As the pregnancy progresses, the cervix and vaginal wall soften, allowing the body to produce excess discharge to help prevent infections. Your baby’s head may also press against the cervix as you near the end of your pregnancy, which often leads to increased vaginal discharge.
How do you know what is normal, and when to go to see your doctor? Here is a list of discharges, you might witness while pregnant, what’s normal and what to watch out for:

Pregnant or not, the symptoms of yeast infections are the same signs, which can include itching, redness and soreness in the vaginal area, along with an odourless, white, cottage cheese-like discharge. Some women also have pain during intercourse and burning when they urinate.

What to do: Consult your doctor about prescription or over-the-counter vaginal creams or suppositories and, if deemed necessary, investigations to rule out bacterial vaginosis or a sexually transmitted disease.

This is another common cause of leaks during pregnancy. Bacterial vaginosis is an infection caused by an imbalance in the bacteria resident in the vagina. Sometimes, there are no symptoms, but it can produce a fishy-smelling discharge that is mostly obvious after sex. Itching and/or burning may or may not accompany it.

Something to worry about? Definitely! “Bacterial vaginosis starts out as a vaginal infection, but it can sometimes move up into the uterus and cause premature rupture of the membranes and preterm birth,” says April Sarvis, a gynaecologist.

What to do: You need to see your doctor right away. Prescription medications can clear up symptoms without endangering the foetus and decrease the likelihood of premature labour. 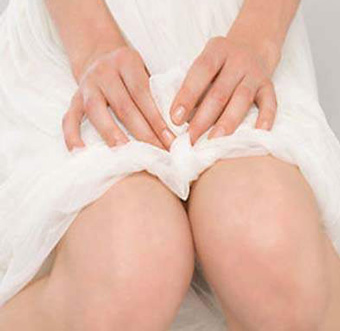 Most Sexually Transmitted Infections come with some sort of vaginal discharge, which should be cause for concern. Chlamydia may produce no discharge, or one that is slightly odorous. The discharge that’s sometimes a symptom of gonorrhea can be yellowish. And that caused by trichomoniasis (“trich”) can be foamy yellow-greenish and often associated with itching. These three infections can cause painful intercourse or urination.

Normal or not? No, there is no normal here. Having a sexually transmitted disease is not good at all, more so, during pregnancy. Like Bacterial Vaginosis, it can cause premature labour and even uterine infection after childbirth.
The worst part is, some organisms that cause STIs can pass through the placenta and affect the foetus; while the others can be transmitted to the baby during delivery, via the birth canal. That part of a woman’s body, especially in a pregnant woman, is so vital in the future health of a baby and thus needs to be well taken care for.

What to do: Get tested by your doctor. If you can do this before trying for a baby, all the better, as antibiotics have their own side effects on unborn babies. However, many STIs can be safely treated with antibiotics during pregnancy.

Talk about the obvious, the pressure of a baby on the bladder can cause some leaks. Other than seeing your doctor, the best way to tell if you are leaking urine (instead of your amniotic fluid) is to note how often and when it occurs. If you leak only occasionally, such as when you cough, sneeze or have a good belly laugh, it’s likely urine. The smell and colour are helpful indicators, too

Now, is it normal or not? Yes, it is normal, as stated earlier, leaking urine occurs due to pressure of the growing uterus on the bladder. You might want to keep some panty liners handy for such situations.

What to do: Enter Kegel exercises to the rescue. Kegel exercises are done by contracting and releasing the muscles around the vagina, it helps some women control their bladders. You also can also make it a habit of going to the bathroom before you have the actual sensation of needing to go.
Whatever you do, don’t stop drinking lots of water in an attempt to avoid the problem. 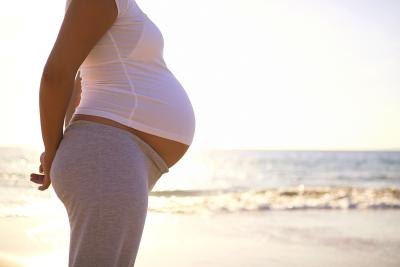 According to gynaecologists, the Amniotic fluid (“bag of waters in which baby floats”) should be clear, but it can also be brown, green, pink-tinged or yellow. And, unlike urine, this leakage doesn’t happen only periodically; if the membranes are ruptured, you are in for a continued leakage. If you are unsure whether it’s amniotic fluid or urine, doctors advise you put on a pad and lie down for about 30 minutes. if you feel a small gush when you stand, it could be amniotic fluid.

Is it normal or not? No, it’s not. Until she goes into labour, a pregnant woman should not be leaking amniotic fluid.

What to do: Call your doctor immediately.

It’s not unusual for some pregnant women to spot after intercourse or a pelvic exam. But if it doesn’t stop shortly, have it checked out: Any bleeding during pregnancy is a RED flag.

However, in the last weeks of pregnancy, you may notice that your discharge contains streaks of thick mucus or blood, called “show.” This is an early sign of labour and should not be cause for alarm.

Those are the common discharges that you can get from that very important part of the body, while pregnant. Should anything seem out of the ordinary, then it is time to call on your doctor.

See you at the other end of the nine months’ journey!

Join the conversation with any of our TTC and Pregnancy  here