As a novice in this child bearing business, when I got to the hospital on the day I gave birth to my babies, I was asked to lie down on my left side. I just complied, I did not know why, but I now know that it helps with blood and oxygen circulation to the womb.

And when it was time to push, I was asked to climb up onto this high bed, and my ankles placed into stirrup-like thing. So, I lay there, spread-eagled, as though for a sacrifice, my nether regions on public display, and indeed it was a sacrifice! Blood was involved, but it also the beautiful birthing of my beautiful babies. Well worth the sacrifice!

It was the same experience the second time. I lay on my back, spread my legs, and out came the babies, except this time, there was no stirrup thingy and the bed was not ridiculously high, but the lights were definitely harsh, and I was with a new doctor; another male doctor looking at my lady bits. Why are female gynaecologists scarce sef?

So, for me, lying on my back to give birth was the only position I knew. Imagine my surprise, when a woman who had had her last child the same month as I did my last set of twins, had narrated how, instead of lying on her back, as she had birthed her other children, she had been encouraged to kneel down, as that would ease her pain, and help with the natural flow of the baby’s coming.

While I was surprised, I soon realized that it was not an entirely new practice, even for us in Nigeria. There are communities where the women kneel to give birth. It was a common practice to the extent that there is a popular prayer for pregnant moms attached to it.

Asides from the traditional lying on your back mode and kneeling positions to give birth, there are other positions which we will talk about here, and their benefits. You might want to persuade your doctor to allow you try some of these non traditional positions. Don’t worry, you will go armed with facts and benefits.

Upright Position:
Researchers adjudged that pushing in an upright position is beneficial for multiple reasons. In an upright position, gravity can assist in bringing the baby to drop into the pelvis, and prevent pressure from being concentrated in a particular spot.

Also, when a woman is upright, the risk of compressing the mother’s main artery is reduced and thus, ensure a better oxygen supply to the baby. Upright positioning also helps the uterus contract more strongly and efficiently, and helps the baby get in a better position to pass through the pelvis. It allows the birth companions to apply other comfort measures easily.

It is also one of the most under-used birth positions. 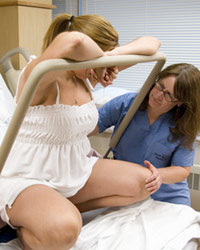 Yes, exactly as the name implies, you squat, and it is especially helpful in opening up the pelvis to allow the baby find the optimal position for its birth. While, squatting might not be an easy feat for a woman in labour to achieve, she can get into position with the help of her husband, nurses and doctor. And of course, the space around there would have been sanitized.

Squatting births can help reduce the length of labor. According to Alana Bibeau, a birth companion, by forcing your upper leg bones to act like levers on your pelvic bones, you can widen your pelvic opening by 20 to 30 percent,

The position also increases the amount of oxygen brought to the uterine muscles and the baby. This position helps to dilate the cervix, relieve pain, reduce the need for an episiotomy or a cesarean section and lessen stress on the baby. All of that (plus the obvious gravity component) can help speed up the labour process, too.

And there is X-ray evidence to show that the actual dimensions of the pelvic outlet indeed become wider in the squatting and kneeling/hands-knees positions.

This child-birthing position is beneficial for relieving pressure on the back, by turning over a posterior baby, and is often the best position for birthing a large baby. The hands and knees position helps to relieve pressure on the back by using gravity to pull the uterus out of the pelvis.

Some women find that modifying the position to have the head and shoulders on the floor, allows gravity to pull the baby toward the top of the uterus, providing some room for the baby to change positions, should there be a need for the change.

The mother can push in the hands and knees position.
Lying On Your Back 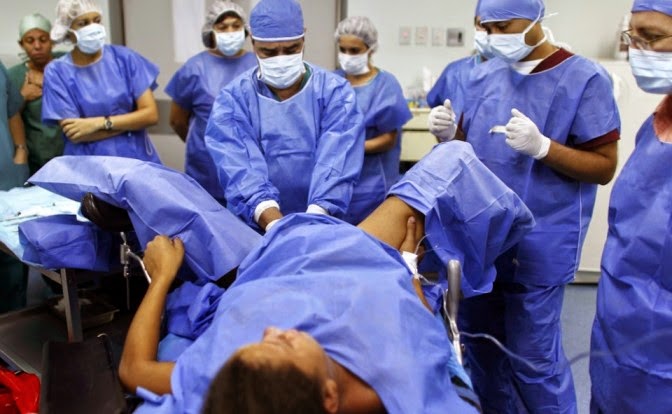 This is the position in which I birthed my kids, and my mother birthed me, and I can almost state categorically, it was the same position, my late grandma birthed my mom. Medical practitioners are in love with it, and it’s often not necessarily because it is the best position for both mother and child, especially in a low risk pregnancy.

It is actually the best position for their role in the child birthing process; they can monitor fetal heartbeats, if there is a need to, they can see birth canal properly in this position, so moms have been stuck in this position for ages and the training starts from the time you go for your antenatal clinics; every examination and measurement is done with you on your back. Not complaining, as it achieves its purpose of achieving a successful birth. And if it is a high risk pregnancy, then this is the only position that makes sense.

So, you find that, even before the doctor asks you to lie down on the bed, you are already pulling up your gown, to expose the bump and lying down; another examination done with.

These are some of the birthing positions that a woman can use to birth her babies, aside from the popular position of lying on her back.

Sending you strength for D-Day.