I know that it sometimes seem as though you are hit with all sorts of advice and tips while trying to conceive, and it can get overwhelming at times. I have been there; I know what that’s like. The truth is dealing with infertility is not a walk in the park, because there are several issues that could mar one’s fertility. There are the seemingly big issues such as the PCOS, endometriosis, uterine fibroids, scar tissue, etc.

There are also those little issues such as alcohol intake, caffeine use, sex positions and…dancing in the sun. Yup! Dancing in the sun can improve fertility…not because of the activity itself, although dancing is a good form of exercise that helps our uterine lining. I am actually talking about spending time in the morning sun…whether you are running, jogging, walking, dancing or sitting under it; your skin needs more sun!

I spoke with a cousin of mine, Petra who got married last year June, to her boo. They both live in Sydney, Australia, and considering the fact that Petra was 32 when she got married, she actively started trying to conceive almost immediately. Month after month, no positive pregnancy result and trust me she was trying.

Only for an excited Petra to call me last week with blissful baby news. She is five months pregnant! I was shocked! When did she get pregnant? She said she wanted to wait until the second trimester before telling anyone. I was so elated, and after screaming and thanking God, we got down to gisting. I asked her what she did differently that did the trick, and she said nothing oh, but her gynecologist attributed the success to the season. Season?? What has season got to do with anything?

In my ever-curious state, I asked her what she meant by that, and she went into a long explanation. She told me in Australia, their winter is between June and August, Spring is between September to November, Summer is between December to February while, Autumn is March to May.

From her calculation, she got pregnant in February and this was during Summer period, when she went out a lot under the sun. Now, according to her Gynaecologist, her body got more vitamin D during that time frame than in all the months following her wedding. She was probably suffering from Vitamin D  deficiency, which must have inhibited her from getting pregnant, and because she had not tried for up to a year, she wasn’t undergoing any treatment, or given any drug. I felt so enlightened in that moment! I never knew Vitamin D had anything to do with pregnancy. I asked a couple of other questions that were too medical for her to answer, so I placed a call to my gynaecologist the next day and asked her to explain the relationship between Vitamin D and pregnancy to me. 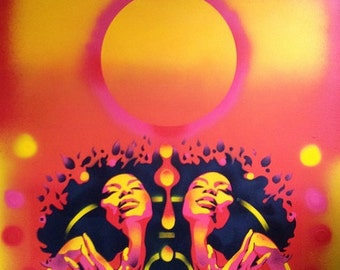 Doc said Vitamin D in its active form, calcitriol, plays an important role in female reproduction. It is able to control the genes involved in making estrogen and embryo implantation. According to her, generally, Vitamin D is important for bone health, getting and staying pregnant, overall health, and for reducing chronic disease risk.

Vitamin D is also important for IVF success, as recent studies showed that women with higher levels of vitamin D were more likely to have successful IVF procedures, than those with the deficiency.

I wondered why I never knew about this while trying to conceive, and my doc said its probably because most of us in this part of the world get enough exposure to sunlight, and most of our pregnancy supplements also contain vitamin D.

The advantages of vitamin D are so many that I do not want to take chances or risk having a vitamin D deficiency so I queried further on whether we can only get vitamin D from the sun, considering as Naija sun can be too scorching to go out in.

I wanted to know what foods contain vitamin D. Just after doc teased that I was going to pay for the phone consultation, she said vitamin D is very prominent in canned fish like mackerel, tuna and sardines, as well as egg yolks and beef liver. She also said that some food like breakfast cereal, pudding, milk, oatmeal, cheese and margarine are fortified with vitamin D, but we have to read labels carefully to be sure, because not of them are fortified.

So there you have it, bask in the morning sun if you can, or check your supplements and food, to be sure you are getting enough of the sunshine vitamin!

God speed to us all!