It is a spice with a very nice scent, and it adds a distinctive flavour to whatever you put it in…ice cream, pancakes, oats…being some of what I have tried. A dash of the spice, and you are transported into another world entirely. You might be wondering, what’s got me singing so much praise about it. It is Cinnamon. That spice that you probably have in your kitchen cabinet right at this moment.
Did you know that this spice is not just good for spicing your meals, it affects and boosts your fertility too? From dealing with uterine fibroids, PCOS, improving weight loss, to helping to manage heavy menstrual flow. Cinnamon is more than just a spice. It is a herb packed with so much nutrients that we all need to get more of.
To throw more light on the numerous benefits of this spice, I will highlight below some of the fertility conditions that the usage of cinnamon can make a difference to:

There have been lots of research in this area, to show that Cinnamon can help women living with PCOS get fairly regular menstrual cycles. It is believed that cinnamon works in the body by reducing insulin resistance, by slowing the movement of food from the stomach to the small intestine. This slows the breakdown of carbohydrates, which is important for people with diabetes, and women with PCOS.
Another research at the Human Nutrition Center at Tufts found that cinnamon triples insulin’s ability to metabolize glucose (blood sugar), protecting people against diabetes, lowering hunger, lowering sugar cravings, while increasing weight loss, which is often a difficult part of living with PCOS. Many women find that losing weight is next to impossible when living with PCOS. Cinnamon may be one natural way to improve weight loss in women with PCOS. Which is good news for the soul cysters.
Before you think that it is only in theory that Cinnamon works, and not reality, I need to share the story of Deborah, a TTC mom, who had been trying for close to four years. She heard about the fertility boosting powers of the spice, and trust her to give it a try. She did, but she mixed hers with a honey, and took a spoonful of the mixture for her next two cycles.
Deborah, who had never been able to conceive, actually got pregnant with her first baby and her faith in the spice was reinforced. She credits the combination of honey and cinnamon with balancing her hormones, which had been out of sync because of PCOS, and allowed her to get pregnant. 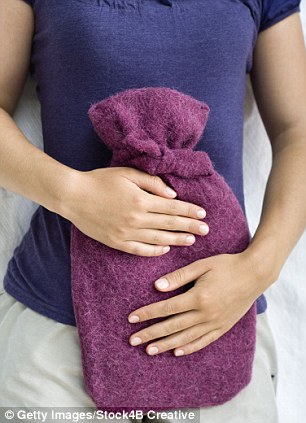 In this case, a sister in my church, Chioma, swears by the efficacy of cinnamon. For her, Cinnamon has become a staple in her kitchen. She practically adds it to almost anything she cooks. If you have cause to eat from her kitchen, then there is every likelihood that you will taste a hint of cinnamon.
For Chioma, it all started when she was a teenager and started to suffer terrible cramps whenever she had her menstrual period. Besides, it being a painful experience, she also had to endure heavy flows. By the end of her period, she would become so pale, every one would be asking her if she had been ill. That went on for a long time, until her parents took her to the hospital, where she was diagnosed with Endometriosis. They started her on a treatment but that same year, when her grandmother was coming to town, she brought some herbs for her. Cinnamon was one of them.
She finished the herbs, and everyone noticed a remarkable difference in her, so naturally, her grandma had to bring more herbs. As the symptoms of her condition abated, she started to let go of most of the herbs but she could simply not let go of cinnamon. She found somewhere to get her supply of ground cinnamon, she found cinnamon supplements, she made tea from the stuff, and generally, her life always had a dash of cinnamon. She was the one, who introduced me to cinnamon-flavoured ice cream in the middle of last year, when we had gone for ice cream to celebrate her birthday. Of course, she had cinnamon flavoured ice cream.
Did all this cinnamon in her system help? Yes. A lot! She never experiences the kind of crippling pain that had characterized her teenage years. While Endometriosis is still very much part of her life, it was not the end of her life, nor, does it have an overbearing influence on her fertility, as she had been able to have a child, and her cycles are regular.
Cinnamon has been shown to be a useful tool for women with heavy menstrual bleeding associated with endometriosis, uterine fibroids, adenomyosis, and primary menorrhagia. Cinnamon has been used traditionally for hundreds of years to stop excessive menstrual bleeding, haemorrhage during childbirth, and miscarriage, and, indeed, for any fertility condition where heavy menstruation is present.

Cinnamon: Superfood for the Uterus

While doing some digging into the benefits of cinnamon, I found that it is one of the super foods for the uterus. It helps to improve blood flow to that important reproductive organ in the body. The increased circulation and warming effect also in turn help reduce menstrual cramping of whatever kind.
Now, we have more reasons to look at cinnamon with new eyes. It is no longer just a spice, it is one packed with nutrients needed for our fertility and overall well being.
Word of caution though, it has its side effects, when taken in high dosage. Moderation is the key here.

Every TTC sister needs all the help she can get! Cinnamon helps.