He sat in the waiting room of the clinic, a dejected man. He felt under siege, and did not even know where to turn. The nurses kept casting furtive glances his way, checking to see if he would react in any physical way, as a reflection of the pain he was going through.

While they glanced at him, Seye was no longer physically present there; he was long gone, deep in thought, thinking back to the day he met his wife at the university, how he had pursued her with so much ardour, her initial refusal and the pleasure of her final acceptance to date him. How he had promised to date her every single day of his life.

He remembered the look on her face on their wedding day, the joy with which she reminded him of his promise to date her every single day, “Don’t change now, just because we are married o.” His wife, Beatrice, had told him. Of course, he had promised never to stop ‘dating’ her.

He recalled how he indeed ‘dated’ her every single day until over a year into their marriage, when his love asked him to stop with the regular date nights and text messages he would send. She told him they had something more important to deal with; getting pregnant, having a baby. Every time Aunt Flo came, he was always sure to get home to meet his wife a mess. He hated those days so much, that he started to track her cycle by himself, and ensured he was always around on the days Aunt Flo came knocking. Thankfully, as a business owner, he could schedule his time.

Heaving a deep sigh, his mind focused on the fact that his wife was on the hospital bed in a critical condition, fighting for her life, as she suffered complications from Ovarian Hyperstimuation Syndrome (OHSS). When she was given the injection to stimulate her ovaries to produce the follicles, it had over stimulated and flooded her body with fluid. She gained so much weight within three days, it was shocking. But it was when the fluid gathered around her lungs, and she was unable to breath well, that it really dawned on them that whatever was wrong with her needed immediate medical intervention. And so, they came to the hospital.

He knew his wife’s life hung in the balance, if they did not drain the fluid faster than it gathered. He definitely knew he did not want to lose her in their bid to get a baby. 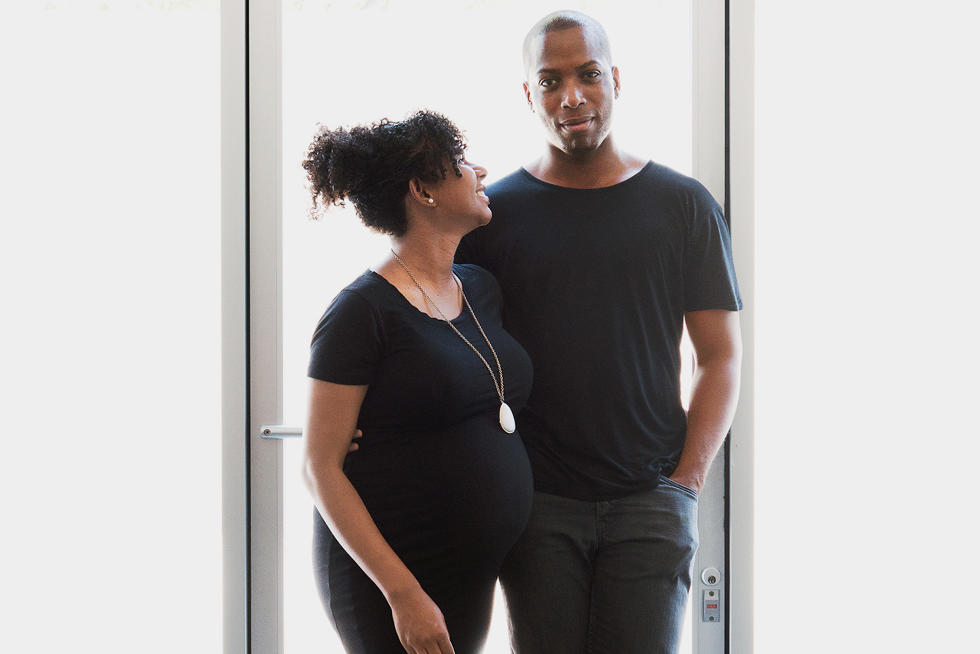 Seye and Beatrice were a very loving couple. They would never eat without the other present, and their PDA, before TTC took over their lives, was on another level. Every single day of their married life was a new experience for them. They looked out for each other’s interest and wanted a family.

After the one year honeymoon they had given themselves was over, they started trying, but when nothing happened after three months, Beatrice became slightly worried, but she did not let it show, instead it came out in the form of jokes and prompting for more action in the bedroom. Of course,

Seye was glad to oblige in that aspect. They were at it every single day of the month. Then, she had no idea of her fertile period or ovulation, so anything went.

By the sixth month though, Beatrice was out of her mind with worry, she infected Seye with the worry bug. With the first general practice doctor they saw, they were asked to come back when they had been trying for up to a year. Beatrice simply paid no attention, she wanted answers and she wanted it now. Instead, she headed for a fertility clinic and it turned out that there was plenty to be worried about. She was diagnosed with PCOS, and was not ovulating. There, she got the answers she was looking for, but those answers also depressed her.

It took a few weeks for her to be able to deal with that diagnosis. When her husband was finally able to get her to come around, to seek treatment, she took on an aggressive persona. She wanted to try the fast track route to treating her condition, as well as getting her baby.

When IVF was suggested, she grabbed it with both hands, and decided that was what they were going to do straight away, and signed on for three cycles. The first cycle was characterized with overstimulation and failed. With that experience, the doctors tried to manage the issue of over stimulation in the second cycle, and almost succeeded, it was present but not as bad as the first time. That cycle also failed.

However, things took a turn for the worse with the third cycle, as the OHSS got out of hand and it led to her hospitalization, where she stayed for weeks while the excess fluid in her body was drained constantly. It was an embarrassing situation for her but it was one she had to deal with.

Seye was distraught. He worried that he was going to lose his wife. Every time he saw her on the hospital bed, he was once more reminded that he was risking the life of his wife for that of a baby. He admitted that he wanted a baby, but he wanted his wife more. With his wife, he had hope of having babies, when it was the right time.

And it was that hope that saw them through that stage, until she was in the clear and the best news was when they discovered, they were carrying twins.

In as much as Assisted Reproductive Techniques, IVF especially, are lifesavers especially for us Africans, who put a premium on having kids, it comes with risks. Although the procedure on its own hardly ever leads to fatalities, sometimes it is the associated complications that can prove fatal, if not well managed.

This fact puts my mind, and should also put the minds of moms on the IVF journey, to rest. After all, it is only a woman that is alive that can carry a baby and become a mom. And we all want to live to experience joys of motherhood.

Sometimes, the hope of becoming a mother is more than enough!

How Infertility Made Me a Better Mother: a Woman’s Confession