One recurrent factor that has always come up in discussions, articles, and chats I have had with people, medical doctors, general practitioners, and fertility experts inclusive is the standard period of waiting, before a couple can be said to be having a fertility challenge, is one year.

However, they are also always quick to add, on the heels of that statement, the several other reasons you should seek help early, rather than later. And you know what? I think most women can intuitively discern when something is wrong, but like a doctor recently pointed out, we have a culture of waiting too long to seek medical help in our clime.

So, I have compiled 7 red flags, just in case you are not listening to your heart that you should hurry to see your doctor. No more waiting or procrastination, just go see a doctor, fertility doctor especially, when you see these signs. Better that they find nothing, than there is indeed something to be found, but you did not go early enough for them to do something about it.
1. Your menstruation is not regular

This is a red flag that should be noticed and picked up on as soon as possible. If you are one of the ladies whose monthly period is irregular, or it comes every other month, then you need to check it out, because it simply means you are not ovulating, not releasing eggs that can be fertilized by Mr. Sperm, assuming it can find it way into your reproductive tract.

As soon as you start TTC, and you know you have this condition, doctors advise that you see them earlier than after the one year waiting window.

2. You have been diagnosed with fibroids

This is a diagnosis that most people, when they hear it, believe hinders their reproductive life. However, instead of doing any guess work, and believing the worst, you need to find out if the fibroid are in your uterine cavity, and if they are, how big are they? What danger(s) do they pose to a pregnancy? You need to find out about these things.

3. You have a genetic condition, you don’t want to pass on to your children 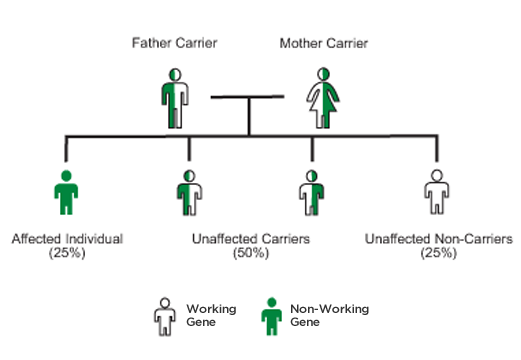 Now, if you have a case of sickle cell anemia, or other deadly genetic conditions that are can be passed to your off-springs and it could reduce the quality of their lives, which you don’t want, then you need to see your fertility doctor sooner, rather than later.

You need to get on the fertility treatment of choice sooner, as you might need to do some genetic pre-screening, so as to enable the doctor choose a healthy embryo for transfer.
In this case, starting earlier means you have more time to prepare, plan emotionally, and financially. You will also likely have healthier eggs, because you are younger, you are even better able to handle a failed cycle, because you have hope of trying again soon.

4. Your partner has a sexual dysfunction

As it were, this is a major red flag that should have you at alert. Even doctors have said it, that cases of male factor infertility are on the rise, most likely due to environmental factors, and that is often seen in low sperm count and other abnormalities of the sperm.

However, there are some other sexual dysfunction which you can notice, without the need for a sperm analysis; like a case of premature ejaculation, or even lack of erection. Once you notice these abnormalities, there is no need to wait for the statutory one year period. Jump on the wagon as soon as you can, and seek help.

5. You have experienced more than one miscarriage

If experienced one or more miscarriages, then you need to seek help early. There is urgent need to investigate the reasons for the pregnancy loss, and see what treatment can be used to correct it.

A few years ago, a friend of mine suffered first trimester miscarriages within months of each other, and when it was investigated (because they were actively trying to conceive, and had seen a doctor), it was discovered that the mom’s immune system was fighting the foetus. That was Rhesus factor at play. In the end, they had to give her something to suppress her body’s immunity, so it did not attack the baby. Thankfully, it worked, and today, she is a proud mom of two girls, even though the second pregnancy was not a funny one, as the rhesus factor became more pronounced, most likely because her immune system had recognized the suppressant drugs and kitted itself against it, but it ended on a good note; she had her baby.

6. If sterilization is present in either or both partners

I know a single mother who took the drastic decision to tie her tubes, when it seemed as though she was destined to meet only men who were far from ideal, and she couldn’t resist giving up the cookie and did not want to risk getting pregnant for them.

When she tied her tubes, the risk of getting pregnant was removed, and she even became more picky about the men she mated with. However, she found the one a few years down the line. They got married (none of the other men had offered her marriage) and the issue of having kids came up.

The first point of call was to get her tubes untied, but it came with no guarantee that she would get pregnant, as there was the risk of the tubes never going back to their natural state. In this case, there is no need to wait for whatever reason.

The same thing applies, if it’s the man who’s had a vasectomy. It pays to see the doctor immediately.

7. You have had pelvic surgeries

We have written on scar tissue and adhesions after abdominal surgeries, and even Asherman syndrome, which is rapidly coming to the fore as a cause of infertility and it is also traced to adhesions from D&Cs.

In order to be sure there are no issues with your pelvis, then you need to see a doctor sooner, rather than later. It is even easier to pick up issues with modern visual investigations that make things easier.

Sticky wishes and baby dust everyone!